What causes this on the leaves?

I am
Looking for pests but can’t see any with the naked eye. What would cause this on the leaves?

What would cause this on the leaves

At some point was another leaf touching or pinching that leaf as it was growing? I’ve seen similar markings where one leaf sticks to another and then causes that after a while. It starts small but as the leaf grows the hole gets bigger as the leaf does. I wouldn’t assume bugs unless there was more than just 1 spot like that or a sudden increase in the number of such holes. Definitely check under the leaves to be certain. I have only seen caterpillars and larger insects take such big holes f…

one leaf sticks to another 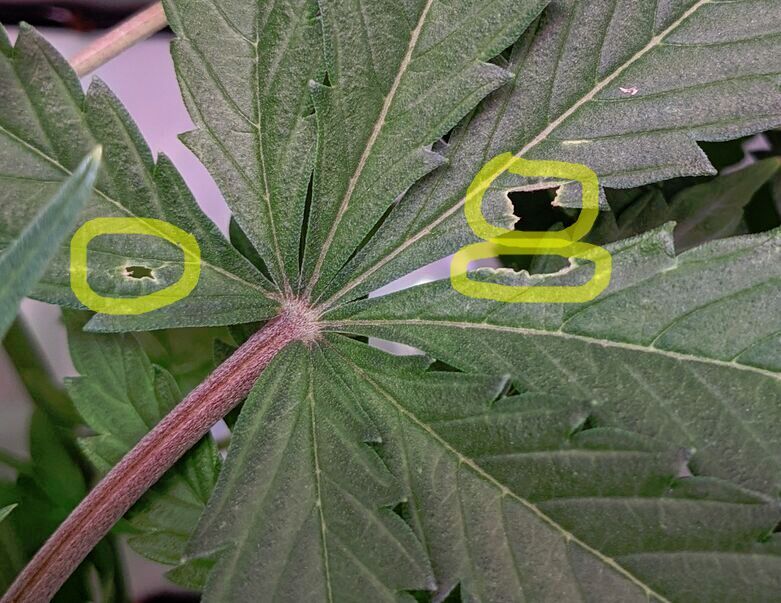 @SilverGrobo I thought this might be that (pseudo-technical term is “tearing”, small blemishes grow into larger blemishes basically) but would be interested in some closer-ups of some areas of the pic:

Here’s my other observations:

TLDR; it looks like something happened to those leaves days or weeks ago and a small blemish grew into a larger-scale version of itself. If they start to appear more often without the smooth yellow border it’s definitely something to be concerned about, but at this point I’d double-check for any other signs and continue to monitor for any new occurrences.

why i cant see the images 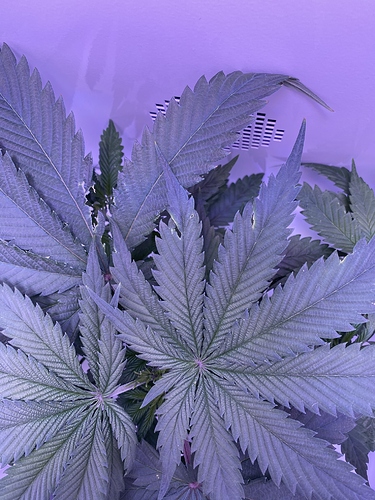 Looks like some early leaf damage. It’s only on those couple of leaves. One of the earlier responses pointed it out to me

So far, so good