I am on day 40 of a clone transplant. My 2nd fan has not turned on yet. I put outside fans on the exhaust panel to keep it under 90. But more importantly; my water level is still at its highest. My cocopod is soaking wet, and I am getting green mold/fuzz on the pod. I put a battery powered fan in there every other day to get rid of it. I tried pushing the cocopod flush and tried removing part of the bottom. (and now i have cocopod silt issues)

You have a multitude of problems, first never remove the bottom of the coco pod because its designed to sit above the water at a certain point so roots can get water without drying or soaking the pod.
Your second fan should be on in late vegetation.
Your coco pod being soaked is a big issue as well as water level and needs to be addressed with support to make sure things are in there right place to solve these issues going forward.
Put in a support ticket asap and then unplug your unit for three minutes and reboot to see if it fixes the fan issue.
Then take pictures of everything inside and send in support ticket. Your also welcome to post pics here to see if we see anything out of order.

Thanks for the info - ticket is in.
Yes, I really wish I had not taken off the bottom of the pod. But I assumed my grobo was giving me a proper water level. It obviously is not - there is nothing I can do to keep the pod from being wet at the current water level.

Mind posting a pic of your plant? Overall view as well as a pic of where the stem meets the pod. 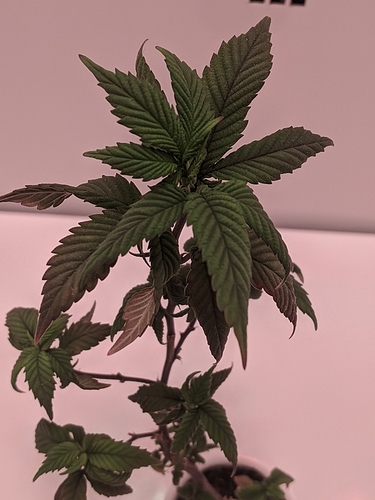 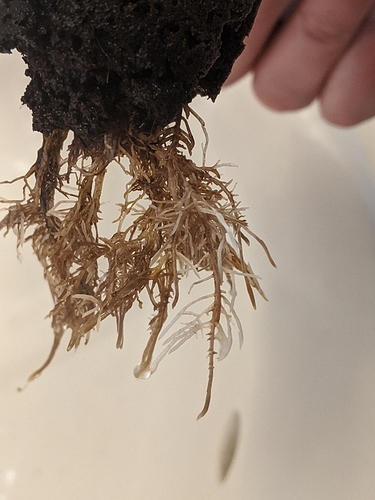 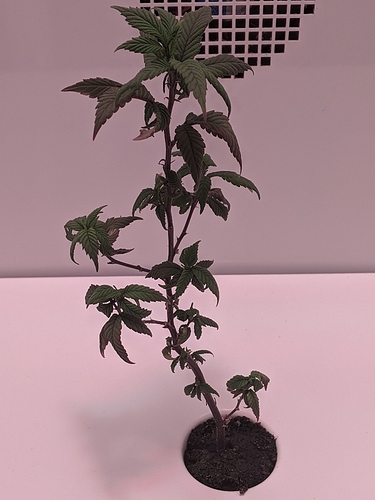 After 40 days you would think your clone would have gotten its act together. She certainly doesn’t look a happy and the roots look suspect as well. I hope the grobo team gets you squared away quickly.

The water levels are controlled by your sensors which is why a picture of the inside worki ings of Everything would be helpful.
Do you remember doing a calibration before your grow?
Also if your only using the grobo nutrients and haven’t added anything else you will need to buy some hydroguard asap to stop bad bacteria from causing root rot.
What are the temps inside the box?

This was my first grow. I was waiting on seeds in the mail and decided to transfer a clone that was gifted to me. I expected a clone for my 1st grow to be tough; I wanted to get to know the box, I wont be too disappointed if it does not work out.
So because its my 1st, no calibration; and yes, im only using the supplied nutes. I just unboxed it and got started.
The unit was pushing 90F, I added exterior fans to the exhaust area and it dropped to low to mid 80’sF. I got my first response on the ticket to support last night. My 2nd fan was not on because the recipe I used (Purple Punch clone for a Tropical Punch clone) does not turn it on till late vegetation, I advanced to that last night and the fan is on today.
Pics are from 2 days ago. 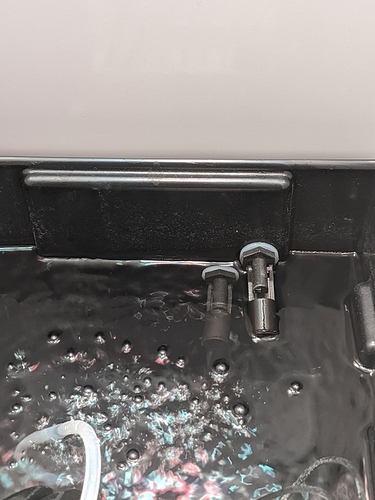 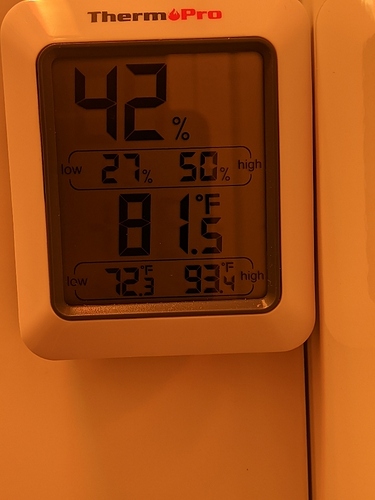 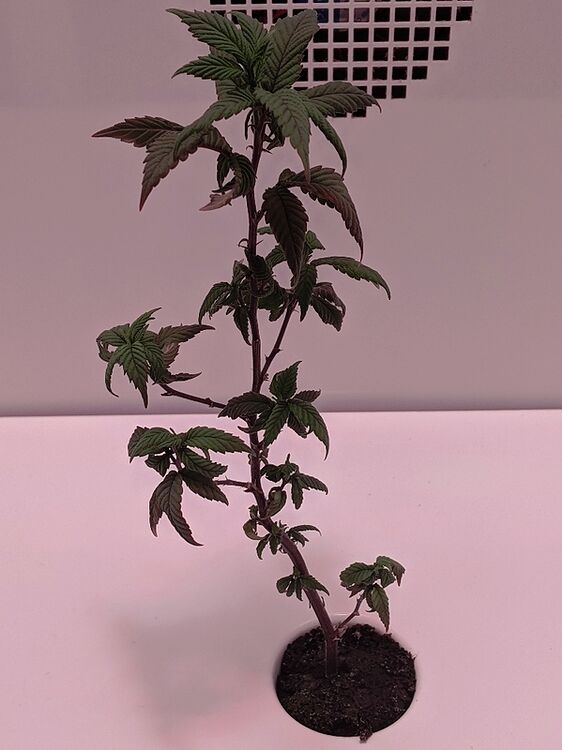 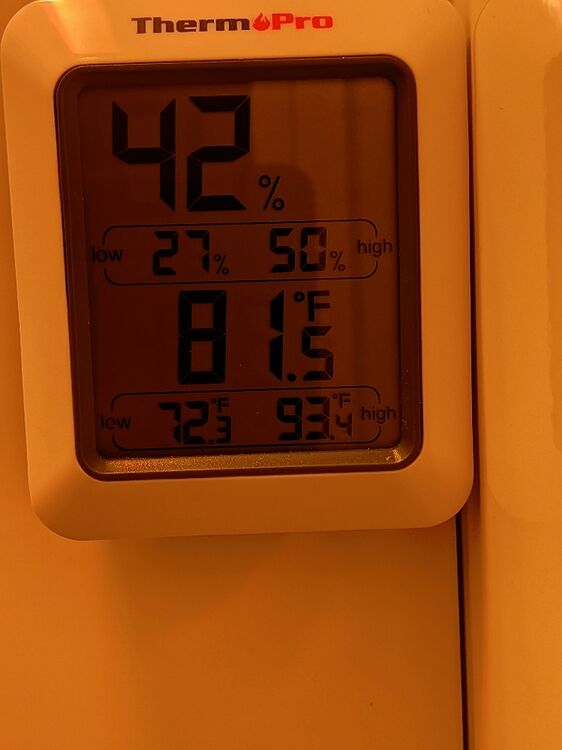 Hey @Darthgrobo, Yeah, a high temperature in your reservoir invites pythium (root rot). Moving the unit to a cooler spot would help. Good luck and keep us posted! Stephen

Temperature is important to your cannabis plant. If it’s too hot or cold for you, your plant is feeling the same. Temps lower than 15C (60F) will upset your plant, slow it’s growth and could cause death overnight. Temps higher than 26C (80F) will also upset your plants, make them susceptible to root rot, nutrient burn, spider mites and powdery mildew. Keep your temps moderate and your plant will be happy and healthy.

Some brown spots on a few baby leaves Share Your Grow

That is waayyy too hot for res temp. 64/65 f or 18C you probably do have root rot. Check roots if brown and slimy then that’s your issue, or at least part of it. There is also a product called perfect ph. It essentially keeps your res ph at the value you set it and lasts a very long time. Just google it

Thanks to the growers who responded with help and advice. Im adding to this post in case anybody else has similar issues.
Clone recipes are setup differently than seed recipes, and according to support this recipe kept water levels up to the top all the way through both veg stages. “in order to keep the roots from drying out”

I added Hydroguard, and manually lowered the water level. After two weeks I started seeing some positive changes. I then re-potted the plant outside and it is doing much much better than it ever did in the unit. Its now grown as much in 2 weeks as it did in 2 months in the Grobo. (I use Humboldt’s Secret in my potted plants)
I have learned a lot more about the pants and their stages of development since my Grobo arrived, and I believe now that this clone was much older than I thought it was when i transferred it. It may have done better if I advanced it through its stages earlier. Also NEVER take off the bottom of your pod. (Bplatinum9 was so correct) It just made a mess, and was the reason I canceled the grow. Even after lowering the water it was still disintegrating into it. The reason I had done this was I watched a video online that had the instructions to drop it an inch or so lower than the top of the lid. In that position it was so under water that the pod was waterlogged the entire time. DO NOT do this if you have a new Grobo, it now is supposed sit flush with the top of the lid.

removed from Grobo 2 weeks ago 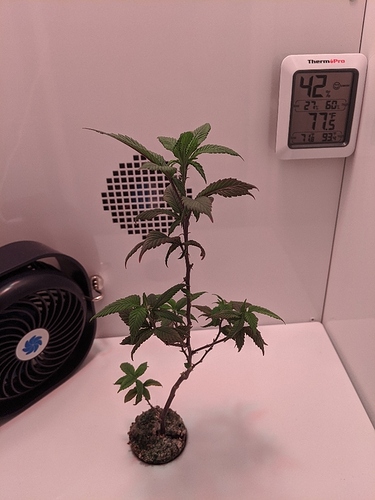 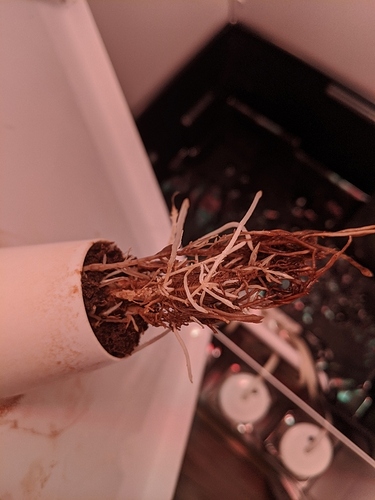 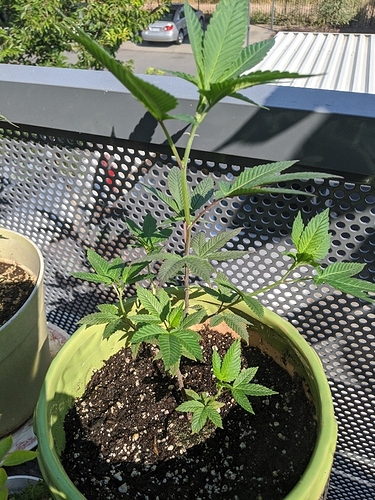