Some Feedback - Not Impressed

I decided to put together some feedback for @Stephen and @bjorn after going through 4 failed grows in a row due to damping off.

All said and done I am not at all impressed with the Grobo. One of the major issues with the machine and it’s design lies around the issue of how frequently a seedling dies from damping down. When the same seeds thrive in a tent, but can’t make it past popping up from the coco pod, tells me that there is a fundamental flaw with something. I don’t know if it’s the design of the lid for the coco pod, or the coco pods themselves. I am leaning towards it being a coco pod problem, which would explain the switch to peat pods.

I am more than likely going to sell my Grobo. Because of the damping down issues I have wasted far too many seeds. When I have a 100% success rate with my tent grows, I cannot see a reason to continue throwing money away. Not only do the seeds cost a lot of money, but also the nutrients cost a lot of money. With this grow I went through almost 1/2 of bottles 3, 4, and 5 with nothing to show for it.

Very well put and totally understand the disappointing problems you have had.

I need one more grow and that would basically be I have grown enough for what the grobo cost that’s just to buy not keep running and purchasing nutes every grow. I see tent grow in my future as well.

I’m so sorry for your losses, you know I am. I’ve never done this ou had other pods to compare with, but I do agree that there’s something off with the current pods.I really wish you weren’t having these frustrations!

If anyone has purchased coco pods over the last 2-3 months I strongly suggest you squeeze as much water from them as possible after their initial soak. I also un-officially suggest possibly trimming a 1/4 inch off the bottom to keep them from staying in contact with the water.

I have a feeling the new peat pods will significantly diminish the damping issues, but that has yet to be seen. Coco does a fantastic job at retaining water, which seems to be way too much retention for seedlings.

Also, it’s my personal feeling that the coco pods do not need to be as saturated during germination. It feels to me like the coco pods should be close enough to the water so the bubbles keep it from drying out. Just my personal opinion on the matter. I thought about experimenting with them to see if trimming a little bit off the bottom of the pod helps, but I am out of coco pods and I am not going to purchase any more.

I need one more grow and that would basically be I have grown enough for what the grobo cost that’s just to buy not keep running and purchasing nutes every grow.

I was in the same frame of mind about doing one more grow, but after 4 failed grows in a row it was starting to cost more money. Time to cut my losses and focus on my tent.

Wow - i thought the issue was the lid design, did not think it was the pod!!
I had a lot of issues with pod silt when I chopped the bottom off mine during my first attempted grow. For my second grow I actually just kept pushing it up, even bracing it up higher than it could sit. It eventually dried out and expanded enough to not need the brace.

I’ve been planning my next attempt already with trimming the pod and soaking it in water spiked with a healthy dose of h2o2 before planting.

I’ve also been thinking, since I have a few pods…

Seeing how that goes, I may eventually cut down the bottom of my lid (if it can take it) so that I can maybe trim pod even further, essentially getting closer to new design. Who knows, I might not be brave enough to try that. I probably lack the proper tools to keep the lid from bending or breaking while cutting the hole down.

By the time I’m ready to buy anything ya see, I’ll be ready to load up my cart and get the new lid and peat and know how it’s working out for people. Probably. Idk. LOL.

spiked with a healthy dose of h2o2 before planting.

Sorry to hear that you’re having issues. I bought mine in June and it took 30 days to arrive. I have one unsuccessful grow do to damping off. Just finished with one good grow a week or so ago. I went through 1.5 bottles of each nutrient bottles which was advertised to last at least one grow.

Potential buyers needs to know that nutrient bottles may last one grow each if their grow is flawless but that’s never the case. They need to include stuff like that in their advertisement.

What about cleaning off seeds with h2o2 before germ?

I personally wouldn’t. Seedlings / seeds don’t need anything but water.

Sometimes I think less is more

This is what I did to mine. Never had issues with damping off but I usually transplant these into a different dwc set up so it makes it easier with 4" net pots. I have sprouted 4 plants so far like this I also put a plastic dome over the cup to keep in moisture. I have my unit listed for sale and the main reason is because I cannot see any info on EC,PH ect. Doesnt sound like they will ever change this. Also about using 1.5 bottles per grow I have had to send in tickets asking them to back down my nutrients because of burn.

Has no one ever tried trimming a coco pod to fit inside one of those nets? Have I asked that before?

I have used the grobo coco pod in one before and worked fine i just use rockwool cubes because they are cheap.

A Rookie Question! Lol whats damping off seems like a big problem in the community? Just trying learn pls

There’s a lot of info here. It’s basically when your seed or roots are dying due to lack of oxygen (air), especially when dealing with DWC growing. 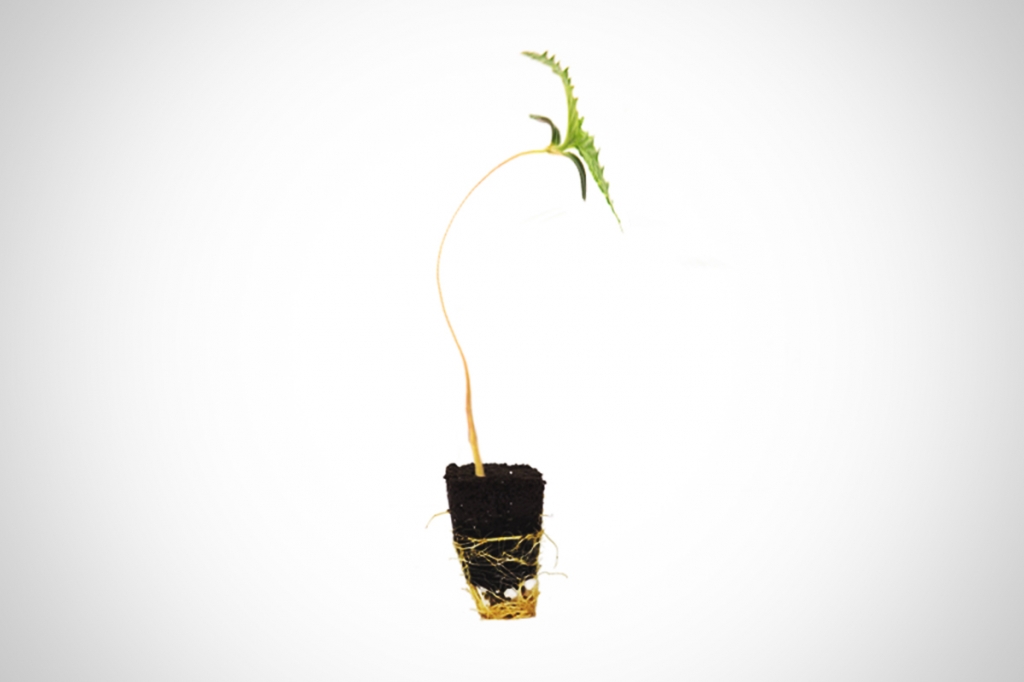 How To Spot And Prevent Damping-Off - RQS Blog

Damping-off is a common disease that can attack seedlings and cuttings. Learn all about damping-off, including how to spot and prevent it from occurring.

Btw, welcome to the forum

That was a great read! Learn alot from that one