Should I trim an auto

Northern lights auto. She is getting really bushy. I was under the impression that you just kind of let autos do their thing until lollipopping, but am a serious newbie. Just want to make sure I am not supposed to be trimming or what to look for that would trigger trimming.
. 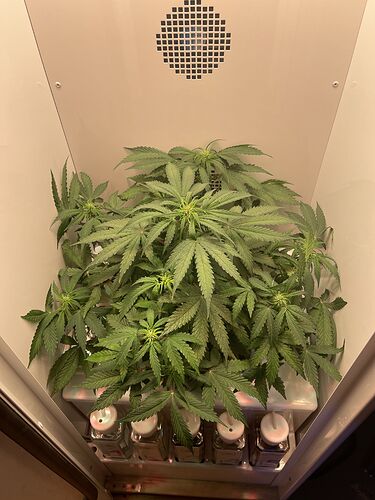 What stage are you in?

I’d lollipop the day before or day of your next water change. One thing I wish I’d have done was a bit heavier than lollipopping but that’s all your choice. She’s looking good though! You’re about 20 days behind me.

If you do decide to defoliate, start small with a few leaves and see how she takes it first.

@FireGuy , @miami5th , and myself have all defoliated our autoflower plants in the Grobo and they have been fine… but again, don’t over do it at once.

I keep away from removing on my auto as to I began to take some away and it really stressed her out almost to a nute lockout but thankfully when I noticed I let her be and took about a week ,and a half to recover, just be carful I would only take off lower veg not reaching light enough and only little sessions at a time.

In general, for autoflowers, we will “tuck” a fan leaf under or between or around some other leaf or branch to expose a bud site underneath it to more light as opposed to just cutting it off to do that.

Also - I wouldn’t trim any of the leaves off of this plant as it is. These leaves are saying that the plant is taking nutrients from them to survive, as they are losing their green color: 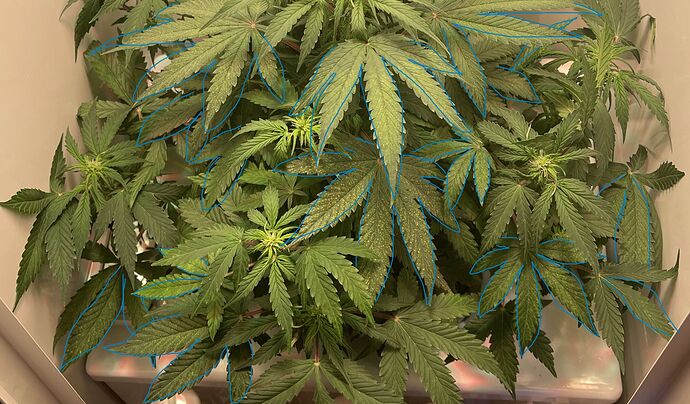 The ones that are yellowing like this are where it is likely pulling magnesium from: 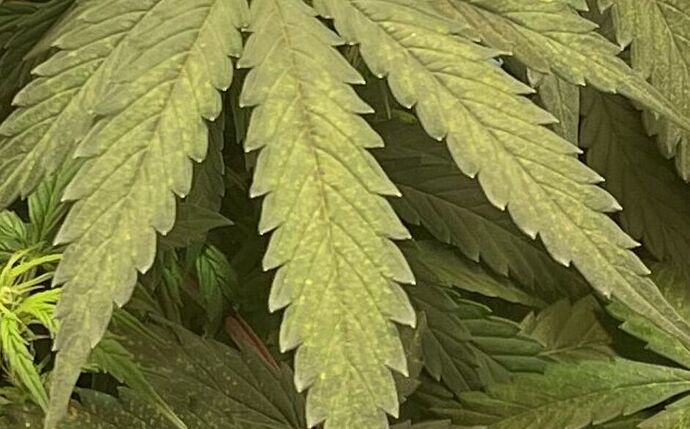 If these next ones change into brown dots it means it’s probably pulling calcium, otherwise it might also be magnesium or something else it’s pulling: 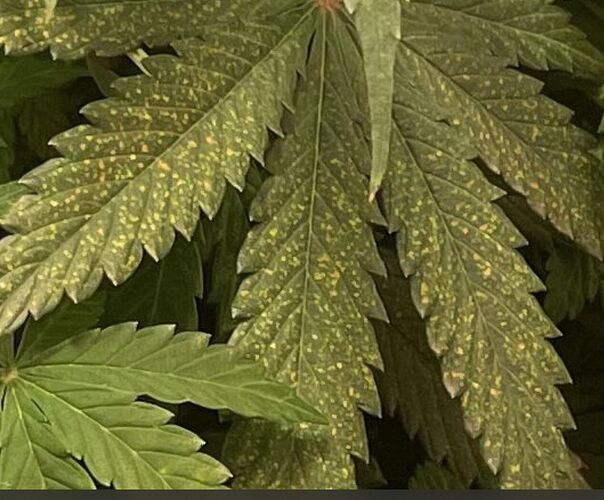 While there’s other things that can make leaves go yellow or brown, these patterns in particular looks like cal/mag deficiency. Since everything else looks great it’s probably just not getting enough of bottle #5.

I don’t see much brown yet so it either already stopped or was just temporary. It could also just be a temporary pH imbalance though that’s still reason to investigate.

If you haven’t opened a support ticket about it, it might not be a bad idea to in order to see if your data says anything about that as well.

#5 is about half gone.
Using distilled water.
Spots are not any worse. I’ll get an updated picture this evening.

Rather than tucking or trimming, what about compressing? Like wrap them in a rubber band or scotch tape to make them roughly the same diameter of the branches.

You don’t want to hurt them, as tying them too tight or with string or elastics can damage the stem; soft and flexible ties are best.

Tucking is literally just picking a fan leaf and making it point downward instead of sideways, push down on the stem with your index finger and tuck it under the branches with buds. If I had a plant at the right stage I’d demonstrate and send a video.

You could also tie a branch pointing upwards instead of tucking too.

The goal is mainly to get more light penetration to lower or all buds and also for ventilation.

Just did a water change and some tucking.
Before 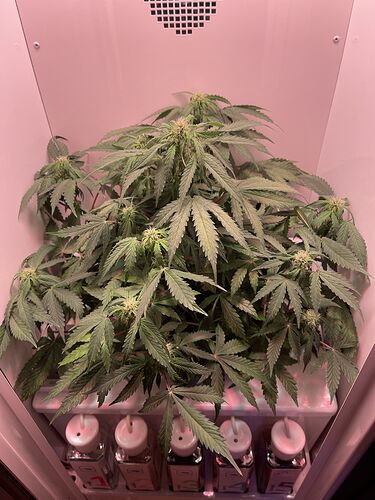 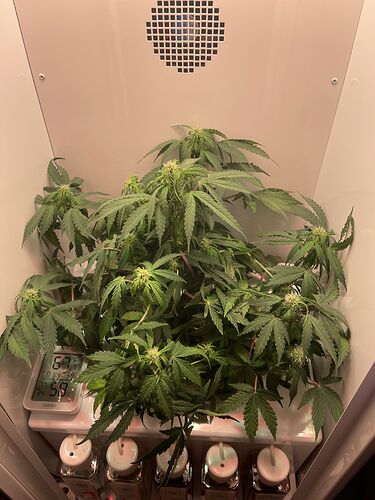