Should I be changing my water once a week?

I’m on day 14 and so far I have only received one notification to change the water. I heard that I should get that notification once a week. Is something wrong?

Your fine roots havent even hit the water or just barely. Yes its weekly. After about 45 days you will likely be doing it once a week with an extra fill once a week

Uhm my roots are definitely in the water 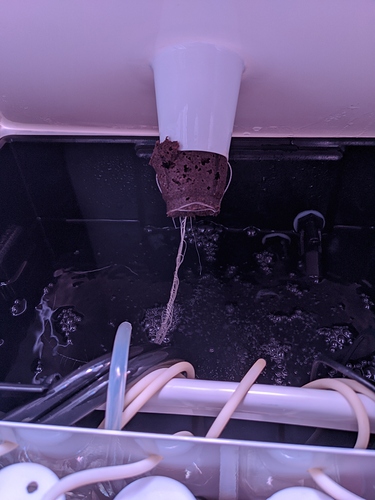 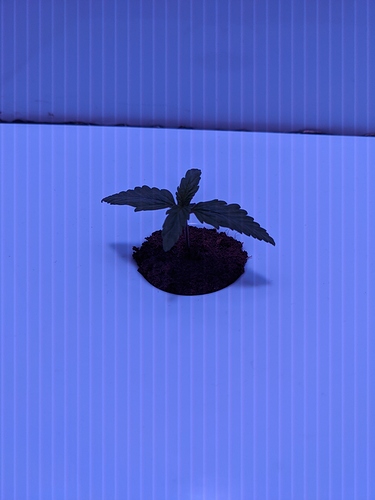 Strange. Mine has always showed to change every week.

The first drain/fill happens on day 10 if I’m not mistaken. So the next fill (a week later) I’d imagine is around day 17-18. If so, don’t worry about draining until then if nothing looks wrong (saggy leaves, slow/brown roots).

Would also underline to keep the res lid shut from this point forward and she’ll let you know if she’s unhappy down below. Those roots look great, btw – more reason to just leave that area alone.

Those top two floating sensors are the low/high fill lines. As long as it’s not above the high line and not below the low line there’s nothing to worry about here. If in doubt just get a jug of water, go to the app and do a “fill” (without draining); it’ll top it up and stop at the high line again.

At the later stages your plant might drink even more than expected, and you might want to fill every other day instead of just twice a week (for example). I don’t think it hurts to top up as often as you like but from experience can say these ladies can take a fair bit of neglect and still be happy.

If you’re noticing any signs of shock (slight brown spots on edges, or lightening of the tips) it might be from the first dose of nutrients on the first drain/fill, that’s common but I don’t notice any signs of it in that last pic.