Here’s my seed I planted. As you can see, the seed is slightly cracked open, and has a reddish stem coming from it that turns into a slightly larger white one… Should I be trying to pull this seed off? Or should I let it go? Or is it going to die?

Tried to take best pic I could without being blurry.

Also, I moved that piece of Cocopod to get a pic of the root quick and kinda softly replaced it a little bit 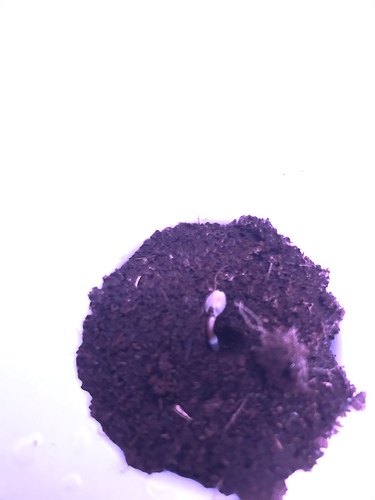 Congrats on the seedling! I had the same issue with my Lamb’s Bread grow. I waited 2 days for the seed hat to fall off but it never did!

What I ended up doing was giving the plant time to try and correct itself. Some people recommend a few drips or droplets of water placed right onto the seed hat.

I dripped about 5 or 6 droplets onto the seed hat and it started to loosen up. A day later it was still on so I removed it very carefully with a piece of tweezers. Once the seed hat was removed the two oval shaped leaves (cotyledon?) were stuck closed for a couple of days. Droplets of water were added again and it seemed to help. Just don’t go adding too much water to her during this phase.

Awesome. I’ll try putting a couple of drops of water on it to help speed things up.

Just wondering, when you took it off with tweezers, how exactly is the best way to do it? I saw someone else talking about that too, but I’m not sure if you’re supposed to like… split it yourself and it will crack in two, or if you’re supposed to grab ahold and “slide” it off opposite from where the root is? etc

Yeah try adding a few droplets of water right onto the seed hat. Then give it a day or two and repeat if necessary. If after a couple of attempts it still hasn’t come off then you can try the tweezers.

With the tweezers in hand, you should see some sort of opening/splitting of the seed hat that you can grab onto. Just gently pry/pull it off. I guess when I pryed off the seed hat there were parts of it still remaining and kept the cotyleon leaves closed. Eventually she opened up and turned out fine just like this: 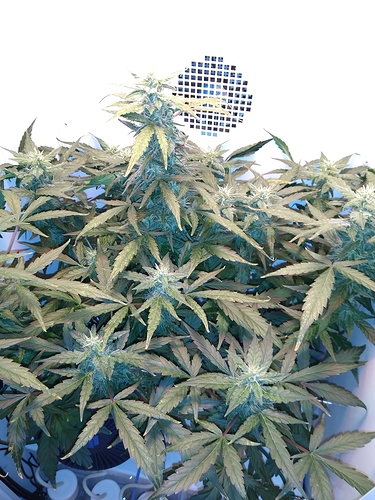 I’ll be patient and see what happens. I didn’t think about “grabbing” on to one of the ends of the split part, hopefully it doesn’t have to come to that

Thanks for the help… I saw there wasn’t hardly anyone online on the forums except like, me and you and another person… really appreciate you being able to give me some assistance here!

I was trying to find a picture of the stuck seed hat but can’t find one easily. I did find one a few days after I removed the seed hat and she opened up. In the pic you can see a small piece of the seed hat stuck on the leaves. That was keeping the initial leaves closed shut. Water droplets fixed it! 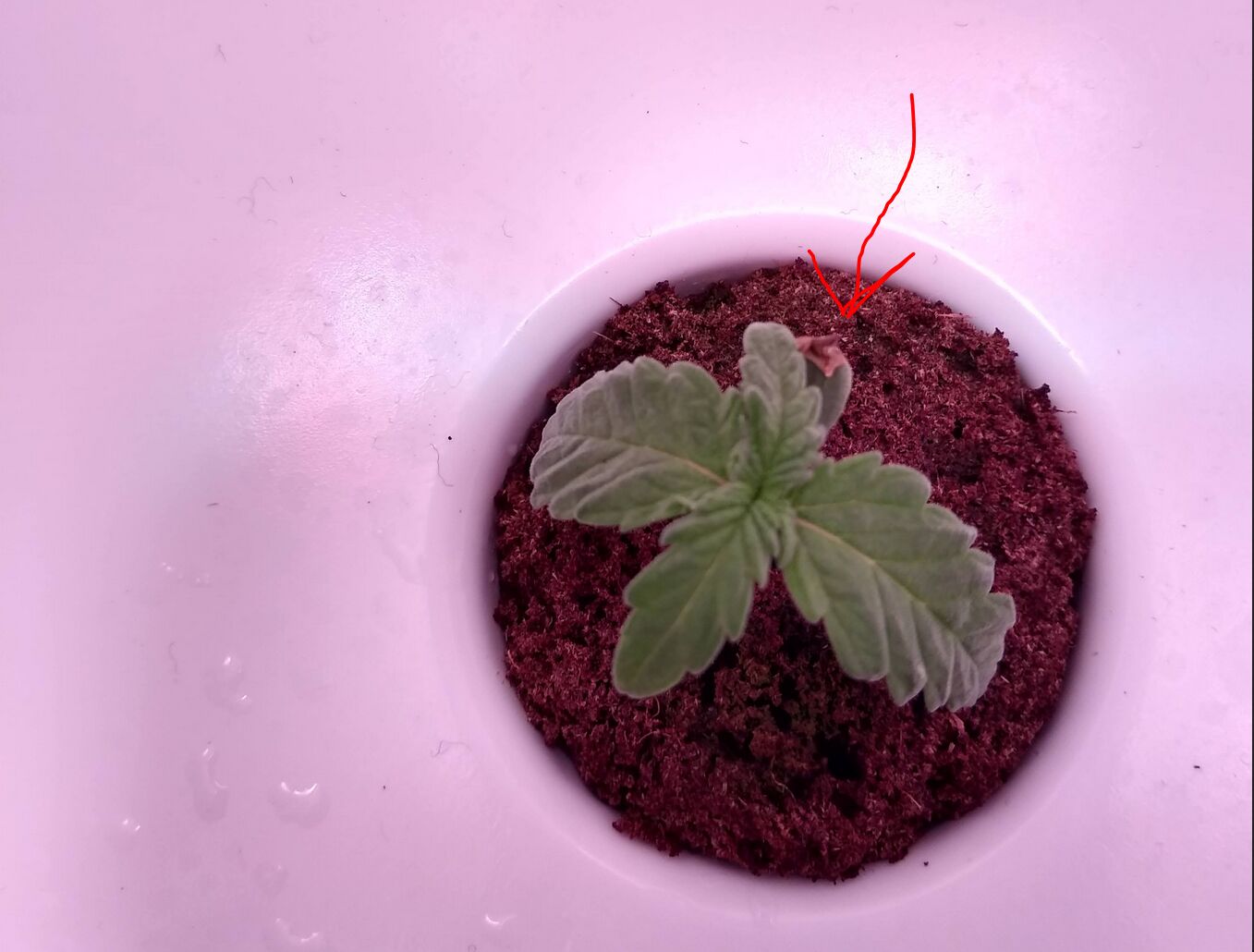 I checked back and already I think that she’s looking like the seed hat is opening up even more. I can kinda see the start of the plant in there now I think

Great news man! Cool, for now I would just let her be and she will probably fix it herself. Can you check back in a day or two?

For sure, gonna start a fresh post probably if I am able to see some green. It’s crazy how I literally can see some further opening up in such a short period of time. I wanna say the seed appeared like 25% cracked open when I took the pic now its looking like twice that amount and I can see whats going on inside there a little bit…Just needed some moisture on it I guess to force it to keep pushing forward

Thanks! gelatoseeds so far so good hopefully. 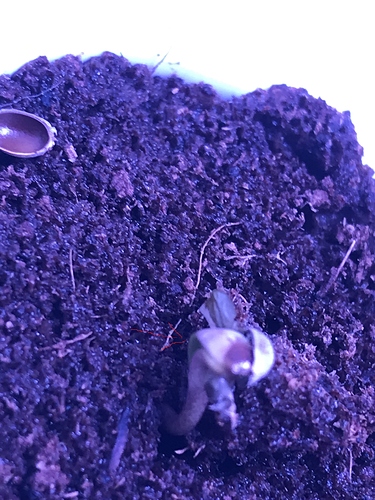 After doing the water droplet thing and waiting for a good part of the day, it seemed like it was almost completely open, and for some reason when I would look at the plant I kept getting this gut feeling to try to take the tweezers and help her out of her shell. I was able to get the left half of the shell off very easily, almost came off without any effort at all. The other half, however, was pretty stuck on. This is her a few hours later, the right side of the shell looks like it is not as stuck as it was, she got a tiny bit taller and also a bit wider, and she now is pointing more upwards towards the light for sure.

I’ve been checking pretty frequently because I think it’s pretty cool that I’m able to see this whole thing go down since the seed popped up still attached on the surface. From looking at other videos online and such, this isn’t always the case, so I feel like it’s a little bit of an informational treat for my first grow and germination ever.

On my last inspection, I noticed the first signs of anything GREEN! I drew a red arrow to show where I can now see that she seems like she is getting ready to open up at.

Pretty exciting stuff. She’s definitely alive, I can feel it

Also, the thing that is at the 12’o’clock position right above her is part of the left side shell that is still attached. I’m pretty sure It would be safe to simply remove it but I figured that would just fall off for sure in due time. Also, at 6’o’clock directly underneath, that splotch of stuff is also part of the seed I believe that is pretty flaky looking and probably will fall off as well I’d imagine.

It’s been 9 days for me and

I wouldn’t touch anything right now. Let the plant

get it’s second set of leaves before you pluck the pod leaves off. Let the stock get a little stronger…just a suggestion. It’s an obsession