Anybody seen this? I was intrigued since it can control temperature and humidity 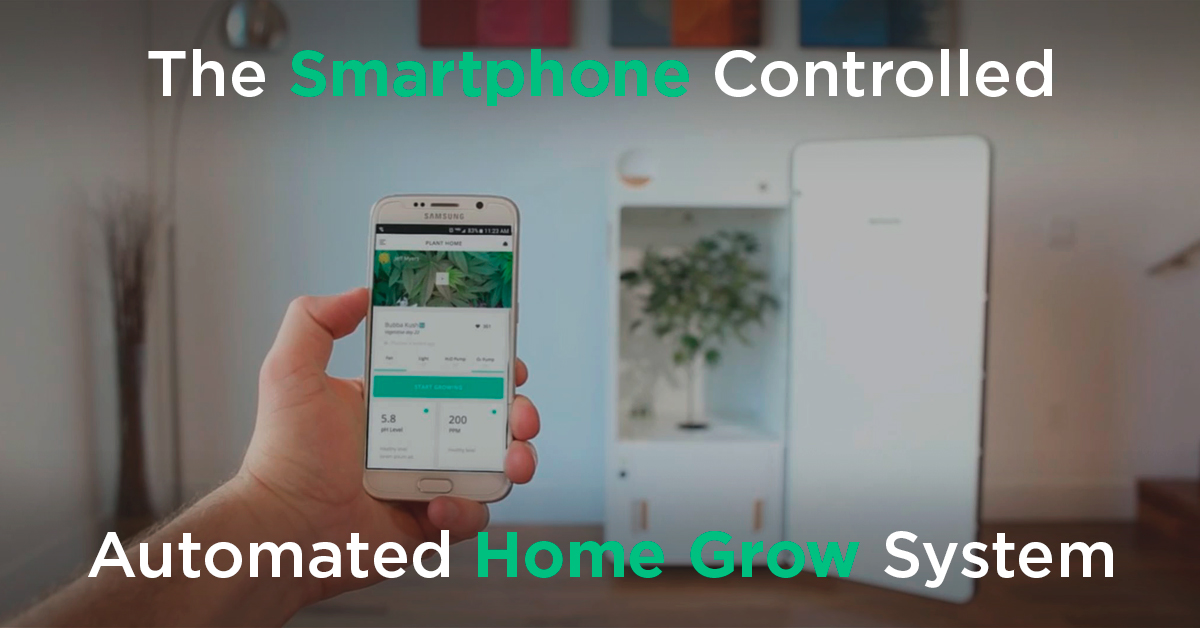 Reserve Your Leaf At A Discount

Yeah I’m an early adopter for these guys, put a down payment of 300$ back in Fall 2014, but still no signs of shipping, they’ve been taking a real long time to put this on the market. Hopefully in January. I believe, they were the first with the vision i’m not fully sure though, but Grobo deff beat them to it in terms of full execution.
The light they used is a customized Bios LED, it may not have too much power, but the quality of the LED is very high, Bios deff creates some of the best led lights on the market, and they’re actually priced really great and just really efficient with energy conservation. Their main units pull about 600 watts from the wall and are comparable to 1000W HPS in performance and yield, so the 200 watt light will perform more than one might expect. I’ve asked about their dry weight yield in many of their harvest videos they’ve shown and they always told me numbers like 4-5oz. Some of their beta tests have apparently yielded up to 8. I just hope they get everything together and ship soon.

Oh they contract with bios I know that brand and it’s def a great one … I couldn’t find all that information out when I skimmed the site… but it’s def a nice looking piece of product and the ability to control everything is cool too… I like the recipe idea that all the companies are using but what happens when you can’t find that strain again? For instance my current strain is retired and won’t come back so I think being able to control the recipe yourself is cool …

Yeah, for sure, deff agree. I think the Leaf app will give users more control though. Like to adjust certain parameters within a recipe. You can also create your own recipe with the app I believe, and other users can sync your recipe if they want it.

lol yeah. Deff need that kind of info. There’s just too many variables for everything to go smoothly otherwise. Someone needs to constantly watch the parameters, not only after something feels wrong.

Yeah you could grow it in any room if that thing controls temp. Heck I’d stick it out in the garage lol

I understand your frustration. We are more than willing to work with you to get the unit up and running, or if you prefer, we can always honour our 45 day refund and work to get the unit shipped back to us.

I’m Happy to have a Grobo…

So seedo seems to be a bust. Leaf now has a shipping date of Q1 2020 is what they say… anyone know any updates? I’m looking for a second grow box for the garage - Not sold enough on the Grobo to get second one right now

In case it’s helpful, I’ve chatted with LEAF and there’s no way they ship in Q1 2020. Their units still have to go through electrical testing and the bigger problem is that they’re made in China. With the coronavirus the entire country is still at a standstill and it will take weeks if not months to get moving again.

As far as I’m aware, nobody outside of their company has ever tested a unit so there’s still a long way to go for sure. My guess is that if you order today, the earliest you would see a LEAF unit is the end of 2020.

Interesting. Much appreciated for sharing!

The wife does not want a tent in our garage.

Im aware of the premium paid for these units - But they fit nicely in my garage.

Im also going to do outdoor grow this year with 4 plants - That may reduce my need entirely for a second grow box. Will see. Outdoor grows in Oregon should be fine. Ive only done indoor grows though.