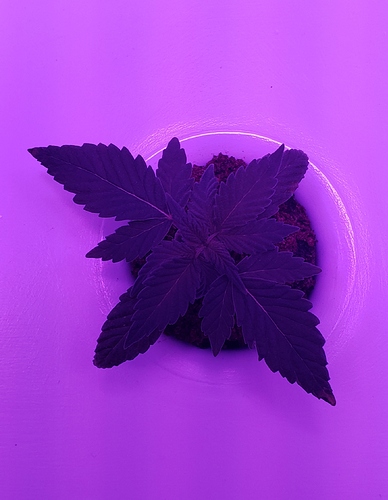 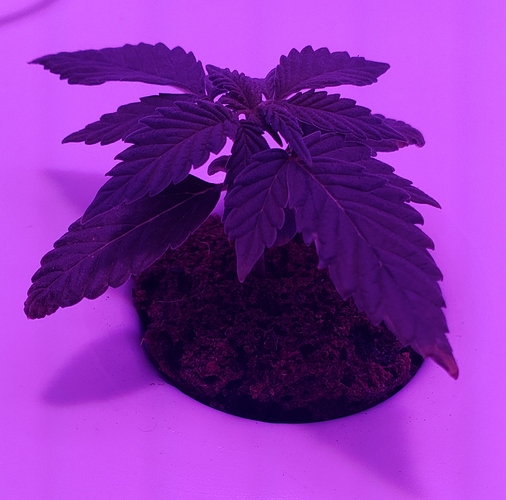 I noticed nutes 3 & 4 finally dispensing this week after my drain & fill. I also added a second air stone connected to my external air pump after realizing the air stone that came with the Grobo stopped working (I tried cleaning it, still didn’t work).

Also note: I bought a new pH probe direct from Bluelabs & installed it a few days ago. I decided to replace it because I didn’t store the original one correctly. I thought that might be what was causing the discoloring of the tips you see. 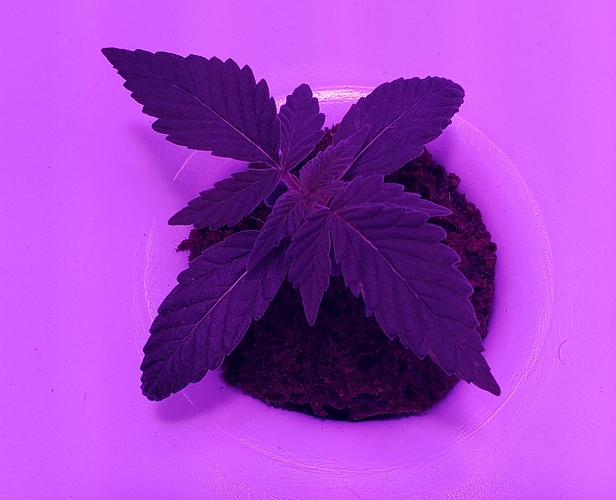 What do you guys think? Does she look healthy? She feels slightly dry, but I read that at this stage the grobo is purposely keeping the water lower to get the roots to stretch so I didn’t manually add any additional water like I had the previous drain & fill cycle.

I have so much anxiety around her, thanks for the assurance!

Your doing a great job!
You just have to remember to keep it simple so that your next grow you’ll be able to know what works and what is a waist of time and money.
Many of us do this by growing the same strain until we master it.
I wasnt going to try that but I’m on the same strain twice and I have learned so much more!
Plants are very resilient and your gonna be a proud grower!!!

Thank you & yeah that makes sense! I have four more seeds of the same strain so I’ll probably do the same as you and plant it again, (even though I’m curious about my other seeds (GSC + WW)

She’s looking good considering you were having issues. There’s almost always a bit of browning when nutes are first introduced from what I’ve seen posted.

My jacks have been picky eaters but it’s supposed to be an easy strain to grow, WW too.

Good to know! By the way, you mentioned that you manually feed your own nutes in your Grobo. Is there a specific feeding schedule you follow for autos? I don’t plan on using my own nutes for this grow, but as my education & confidence grow, it’s something I’d want to graduate to.

The feeding schedule doesn’t really change much for autos vs photos, the timeline is just extended a bit.

In general, it’s a matter of easing into the nutes so the plant is getting a lower strength at first and full strength sometime around veg, and later toning them down toward the end of flower. Past that basic rule you’ll find differences due to genetics and strain, what they do/don’t like or will/won’t take in terms of overfeeding and starvation.

Earlier on, using something like silica can help to beef up the stalks which aids in stem/branch growth and strength. It doesn’t take much of this and similarly gets applied in lower to higher doses as time goes on. One con, though, is in how much it affects pH; it drives it up quite a bit at full strength. I only use silica from around week 3 until week 8 or so (with autos). @Osage turned me on to this stuff.

Around flower time There’s also “PK” (potassium and phosphorus) that can be tweaked to aid in the flower production. I have had some Big Bud powder here for a while now that I’d like to try when I get a grow that looks like she’ll take the extra nutes, which is when I don’t see burnt tips everywhere already.

I’m using pH perfect 3-part set (micro, grow, bloom) but still use grobo bottles 1,2 & 5. I’m also considering using bottles 3 & 4 again for my next grow now that I’ve dealt with the environmental issues in my grow space that originally caused me to experiment with other feeding options. I only stuck with the self-feeding to keep that variable constant after a successful grow, not so much because I felt it was any better than grobo nutes. My suspicion is that the grobo nutes might be better for this use case, as the AN set tends to keep the pH a bit higher than I’d like at times. It’s within range so doesn’t eat up the pH up/down, but I don’t think it’s optimal for the best growth.

Thank you! The most consistent advice I’ve seen on feeding autos is to be conservative with nutrients. Some people say they don’t feed nutrients until week 2, some say week 3, and some start very light from germination. When do you prefer to start adding nutes?

As for Advanced Nutirients, I’ve read a lot about them being more trouble than they’re worth, which is ironic since the whole idea of a “ph perfect” line of nutes is to make the process less fussy. I was leaning towards General Hydroponics for when I’m ready to manually dose, but recently read an article mentioning the company being bought by Scotts-Miracle Gro who has supposedlly not only work against the marijuana industry, but also is partnered with Monsanto

… so Idk anymore. The Floraflex stuff looks good too, but I’d have to do more research.

I add 1/4 strength with my 2nd drain/fill past germination, around day 17. Same for the next fill and then half strength for around 3-4 fills, then full strength until flush.

I use GH silica (Armor-Si). Have heard some negative things about their ph up/down and flora series of nutes but have also seen pics of successful grows using them.

The AN is actually really good in that it does what it claims, but I find it to be a bit limiting as it tends to level out around pH 6.2 - 6.5 and sometimes we want that to be lower in DWC. It’s kind of like an autoflower in that regard, it does what it wants to do to some extent. It was really (amazingly) good at rebalancing the pH with silica in the water, though.

I ordered GH pH Down (before reading that article I mentioned) and plan to use it when my Grobo bottle of #2 finishes, which is probably within the next couple of weeks or so. I will report on here if I find any issues with it. Your feeding schedule sounds like the best place for me to start although I might hold off on the silica the first time around just to keep things simple. Thanks again for the info!

The only other thing worth mention, since you brought it up (FloraFlex), is in powder vs liquid nutes. Powder comes much more concentrated and tends to be less expensive.

I’m leaning toward trying FloraFlex in the future if it becomes more readily available in Canada. So far I’ve only used powder for beneficials (mycos / hydroguard) but would like to replace all of these “jugs of mostly water” with powder equivalents this year.

Also, I was originally using AN 3-part to grow outdoors last year and already had it on hand, it wasn’t specifically purchased for use in the grobo. The main reason I started using this was just to ensure the formula was mixed well into the water (i.e. stirred enough); it wasn’t clear how much of the grobo nutes were supposed to be used otherwise I would’ve preferred those.

Yeah, someone mentioned something about powder nutrients potentially not being good for the Grobo because of the sediment left behind (?), but it does seem like something looking into for all of the benefits (cost-efficient, space-efficient, non-perishable).

By the time you get to the other seeds you’ll be even better! 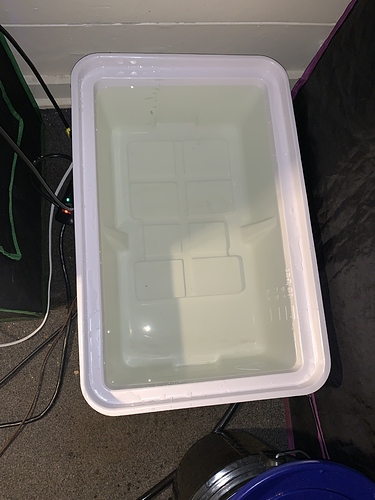 Ok that does look crystal clear

… when I’m ready, I should probably just skip over AN and go straight to Floraflex then!