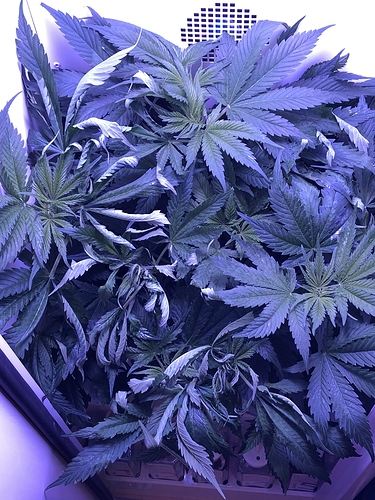 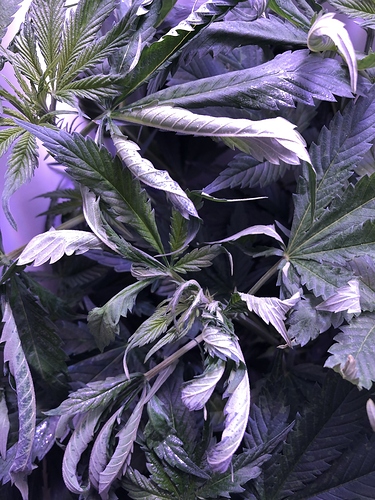 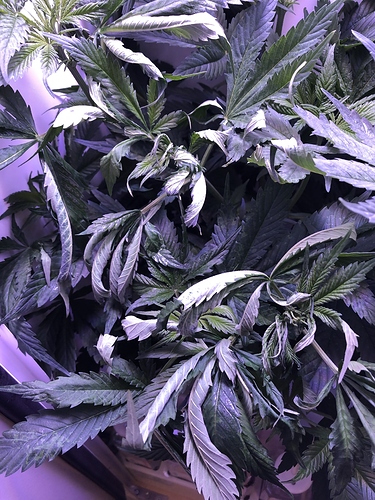 image3024×4032 3.64 MB
I have been having a problem with bugs eating away at my plant so I decided to go online to find a solution. I read peppermint oil was good at keeping bugs away. I sprayed a little on my plant and the leaves instantly died and shriveled up. Any advice or possible solutions??? I am currently in the transition phase in week one. Any help would be much appreciated!
1 Like
vegetato March 28, 2020, 8:43pm #2

For future reference - don’t spray anything (except water) on the leaves if the pistils are out! That sort of thing is meant to be done sooner as a preventative measure if bugs are foreseen to be an issue. Basic rule is “Never spray during flowering” although a light misting of only water is fine.

Do you have any pics of the bugs, btw? Knowing which it is will help in determining the best way to get rid of them or at least keep them off the plant.

Depending on how pure the peppermint oil was will dictate how much damage is done. That stuff is meant to be used in very small quantities and mixed with something to dilute the oil. I used an organic peppermint-scented dish soap for this last year and only needed a few drops of it added to a lot of water.

Can’t say whether or not she’ll recover from that but it’s likely that the leaves that are curling up are going to die. Have you tried wiping any of the remaining oil off with a wet cloth? That’s about the only thing I can think of that can be done and might save some of the least-affected leaves.

Also goes without saying to get a support ticket in! @Stephen might have some better advice.

I have been having a problem with bugs eating away at my plant so I decided to go online to find a solution. I read peppermint oil was good at keeping bugs away. I sprayed a little on my plant and the leaves instantly died and shriveled up. Any advice or possible solutions??? I am currently in the transition phase in week one. Any help would be much appreciated!

I haven’t seen any of the bugs. The lady at the store told me just to spray it on and then this happened. I wiped the leafs off and sprayed them with water so hopefully it helps.

One thing to underline is that this forum is the best place to ask questions and research solutions when it comes to your grobo. You should always come here first for advice, as most issues with these plants don’t require immediate intervention (i.e. waiting a few hours to a day for a response is better than making a mistake).

If you do see the bugs and happen to get a pic, please post it here!

Also, do you have any pics of the damage the bugs were leaving behind? That’s another way to identify which they might be. If it’s not an infestation (bugs everywhere) it’s probably not a big deal – a bite or two from a few leaves won’t hurt the whole plant.

All the leafs with the bites are now gone

having a problem with bugs

((# Pests )): (Have you checked for any signs of pests on your plant):? (Under the leaves and down the stems is a good hiding spot for them):

During this stage of growth, the roots will continue to expand and the plant will grow taller. This is the point at which people say you can “watch your plant grow”. A healthy cannabis plant can grow up to 2 inches in a single day! Start becoming a pro-grower! "There are many types of advanced gardening techniques that can be utilized like topping, fimming, super cropping, low stress training, S.C.R.O.G. (SCReen Of Green) and S.O.G. (Sea Of Green). Not all of these are appropriate for use in …

Depending on the flowering time of your particular strain, the time for flushing your cannabis plant is normally 1-2 weeks before harvest. When you “flush,” you stop administering nutrients and give the plant only plain, pH-balanced water in these final weeks. This will get rid of (flush out) salts and minerals in the reservoir which will make for a better and more pure-tasting bud. Otherwise, your smoke will be quite harsh and can have an unpleasant, chemical taste. How do you tell if my canna…

Even better, put a lavender plant in your grow room, it keeps pests away, and smells good

Incase anyone is similar to me and uneasy about using chemicals on something you’re likely to ingest in some form later. This is what 1000 lady bugs for 20 bucks looks like on Costco website. [20181002_174155]