While I was waiting for my Grobo to arrive I decided to see if I could grow some GSC auto extreme in my Niwa One. Not sure if anyone is familiar with these, they are designed for growing veggies and greens, but with some modifications you can grow cannabis. I lined the 4 clear windows with tin foil and set the Niwa to grow veggies, the salad program doesn’t keep the Niwa very warm.

This is my first time growing with Rockwool, so I soaked it for a couple days in filtered water with the pH at 5.5. It took about 4 days for this little guy to poke through and she’s been growing pretty steady over the last week. I forgot to write down the date that I planted it, but if memory serves me right she is about 3 weeks old.

GSC is starting to grow fast! 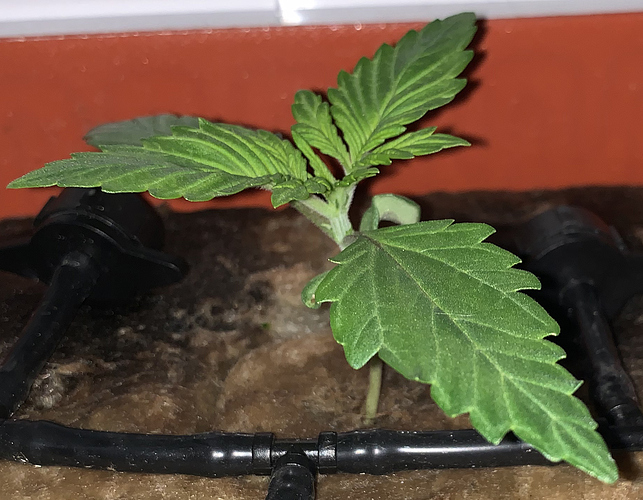 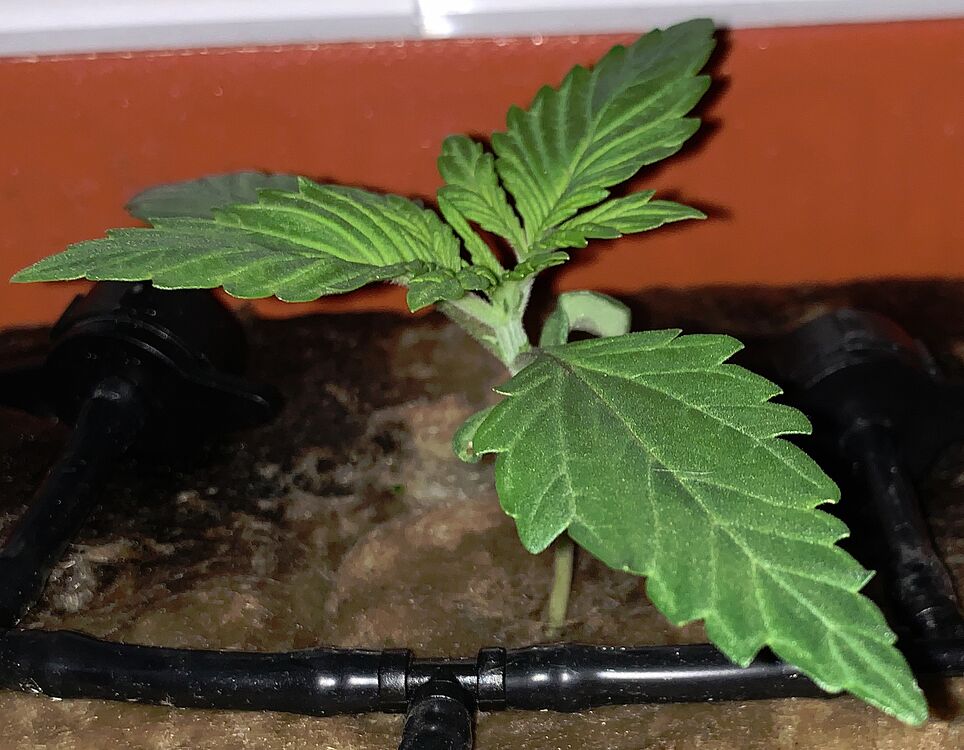 Here’s an updated pic of my girl. 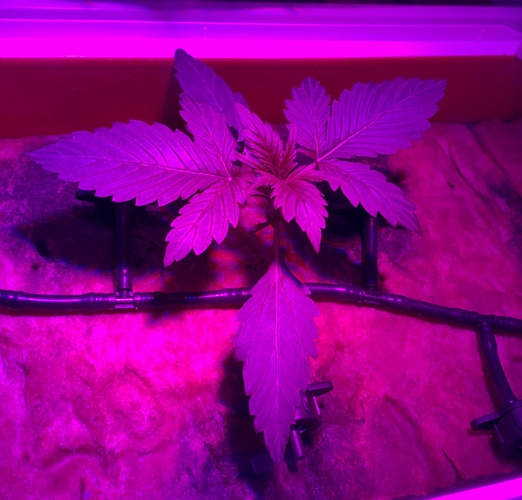 Here’s an update on my side project. As I noted in a different thread I swapped out the very underpowered 15w LED bulb and squeezed in a ViaSpectra Reflector v450. Initially had both veg and flower lights on, but it was way too hot so I turned the flower light off until it flowers.

She had early signs of magnesium/calcium deficiency, luckily I had already ordered some Cal-Mag. She was drooping quite a bit with some spotting on her leaves. Not the greatest pic, tried to clean it up.

She also had some algae starting to grow on the rockwool. Added about 0.25 mL of ZeroTol HC to the water which has already cleared a lot of it up. The dark spots are from Recharge that settled before the pump came on. Thinking about switching to a mix of coco and clay next grow. 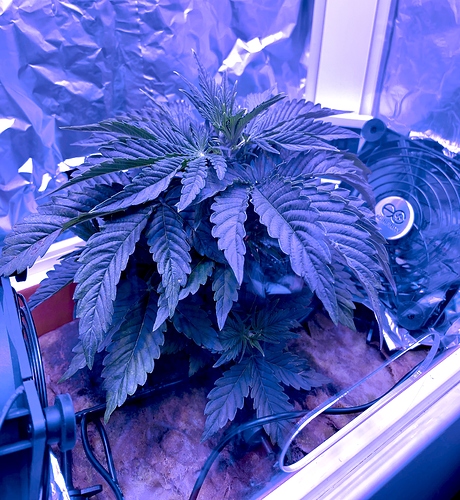 Oh, and she is starting to smell awesome!

When she’s harvested I’ll post some pics of the setup without all the tin foil. It’s actually not a bad system, just lacks a good light and the app doesn’t let you modify the schedule. Hoping this changes when (if) they release the new app that just finished beta testing.

I’m probably going to change out the pump so I can use a custom timer. This is if I don’t stay motivated to get my grow tent running.

Did a little bit of trimming, removed the larger fan leaves. Tried to fix the color but apparently the iPhone doesn’t like the LED colors from my light. 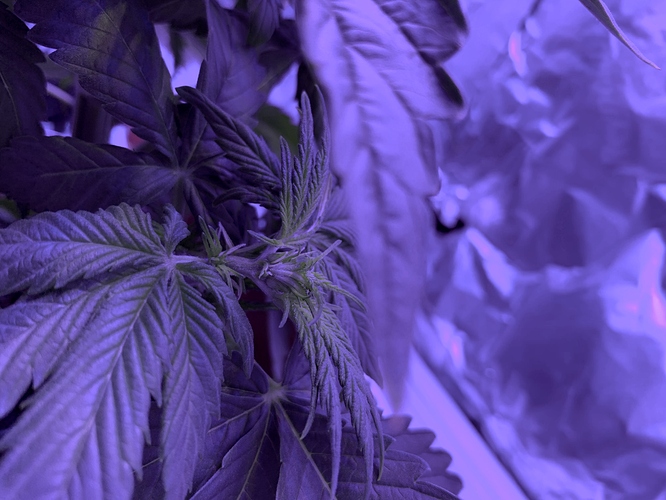 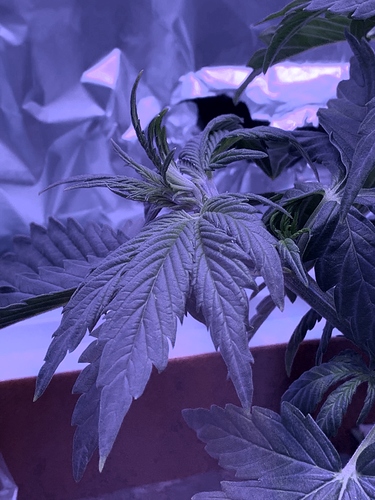 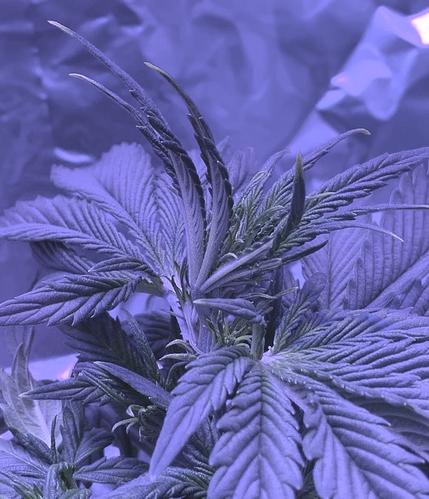 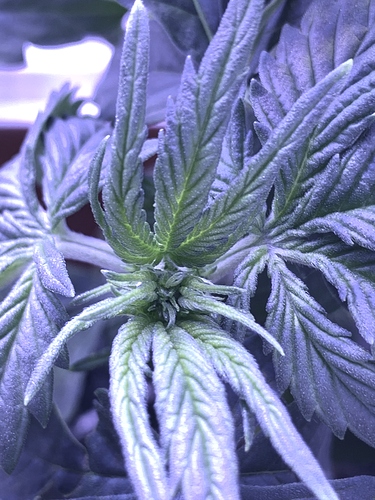 I had a bit of a surprise today when I checked on her. She apparently started blooming shortly after the pictures I posted above were taken. I had to do a water change to get the right nutrients along with switching my LED from veg to bloom. 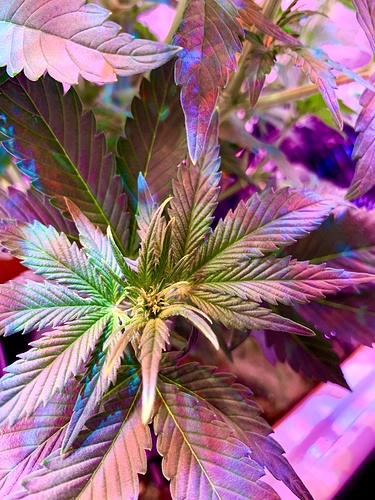 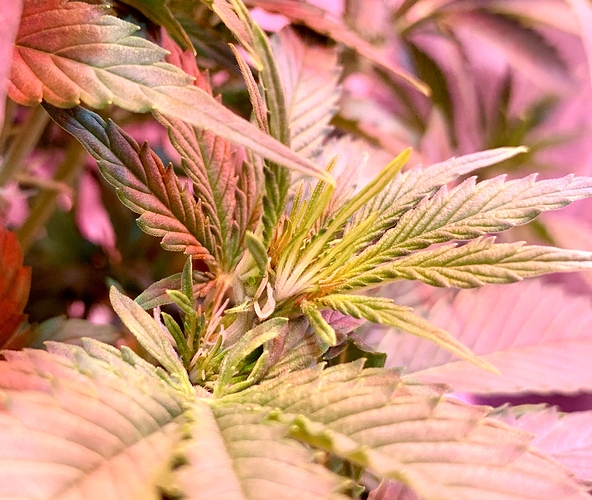 Had to do some adjusting with my LED light, it was sitting a bit to close to the upper most cola’s. Man was that an experience I hope to never have to repeat. There is no easy way to hang an aftermarket light in a Niwa. I may be popping the top off of the Niwa and moving everything inside my grow tent to finish it up. I should have picked a shorter strain! 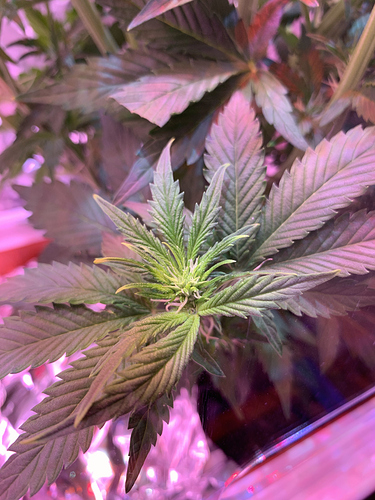 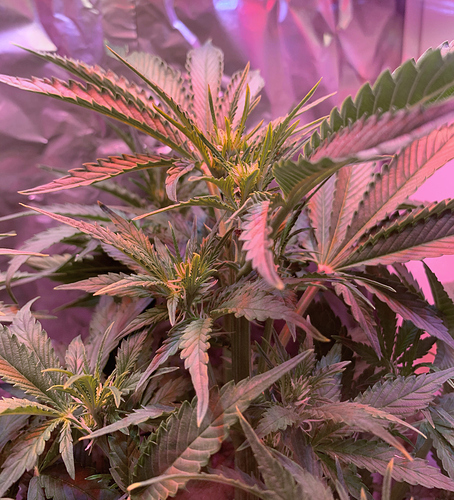 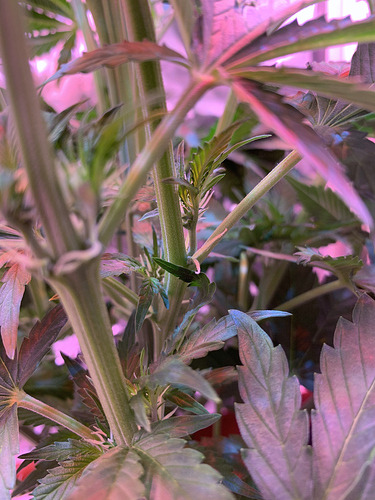 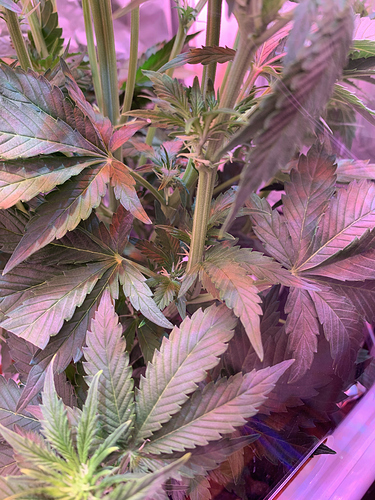 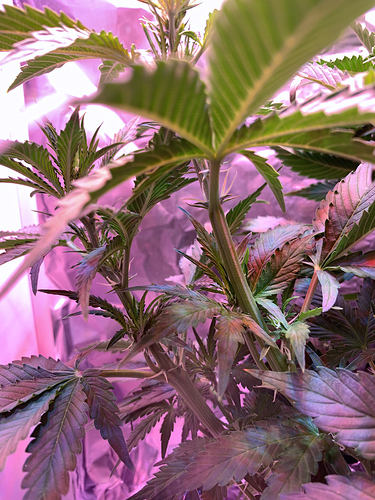