You think that’s why it’s flowering faster? Stress from the defoliation?

Or is it better light penetration?

It took longer for her to kick back into action after the hair cut compared to the smaller one, by at least a day or two. I also noticed a handful of pistils on most of the upper buds die off or go brownish immediately after the haircut but that didn’t happen (or at least wasn’t noticed) on the smaller one.

Since then, it’s not been growing as fast in terms of more/longer pistils popping out and bud sites getting substantially larger along with them. She is filling out but slowly compared to the other.

It’s really apparent when compared to the smaller one, where it’s been bushing up and still looking “young” but the larger one instead appears to be older age-wise and also looks like it is just trying to finish up the buds it has.

I do hope that some patience will pay off here and they’ll both be a decent yield. The plan is to try to extend that first one as long as she’ll let me and to try keeping the smaller one in sync so both can be harvested together.

Hope it works out! Definitely a game of patience

That would be nice if they finish together. Maybe you can have one be an Indica feel and one be a Sativa feel with some variety of trichomes at harvest, that would be really cool imo to test the differences first hand of the same strain.

What are your thoughts about your plants’ height? Would you say plant 1 is too tall and plant 2 is too short? I’m hoping to get mine in the ideal range.

Yes, somewhere inbetween is best. Could’ve used a bit more training on the larger one sooner to avoid that but I didn’t until it was too late.

There isn’t as much of a scent to them compared to some past grows. The smell is very sweet and a bit skunk-like.

The breeder’s description of these seeds estimate around 8.5-9 weeks in flower. However, I think that since they’ve been a bit on the slow side that probably didn’t start until after week 1-2 of the flower schedule. There’s also the recovery from their big hair cut to factor in so it’s looking as though they’ll have another 3-5 weeks until flush instead of another 2-4 weeks.

That gives me some hope that they are just being slow and will stick it out. I’d like the buds on the larger one to bulk up a bit more! My bet’s still on the little one, though. 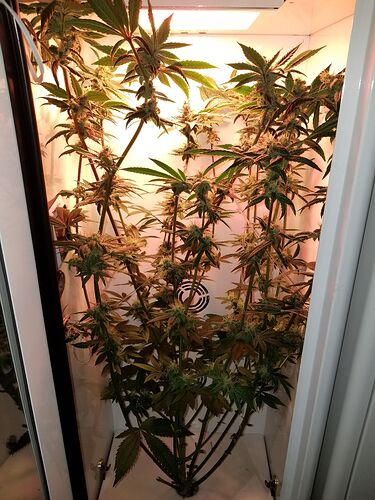 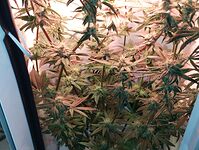 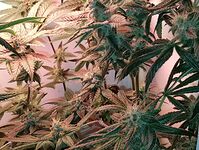 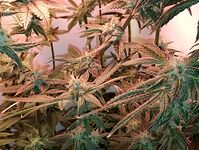 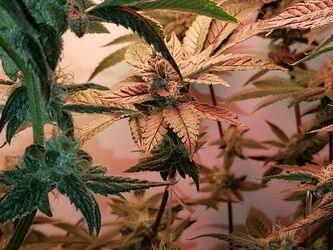 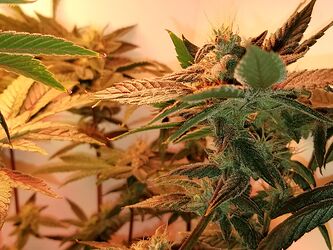 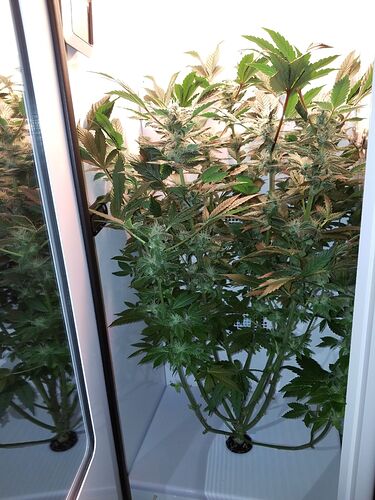 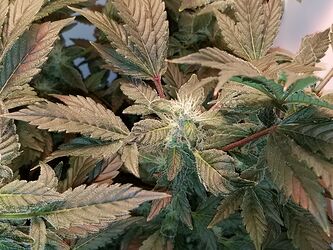 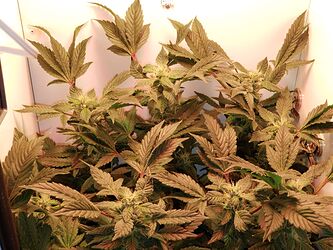 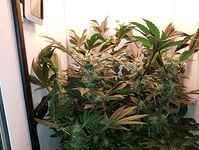 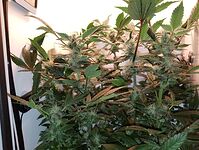 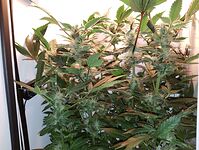 Got the tent going again! Glue Gelato at day 35. 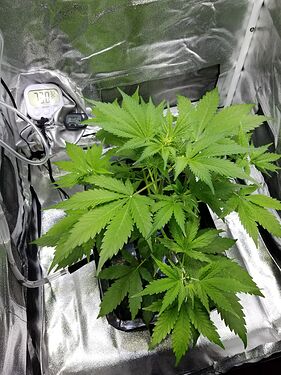 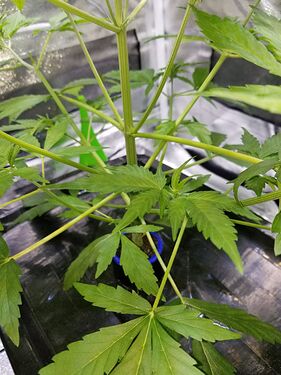 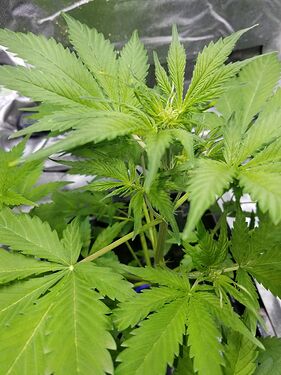 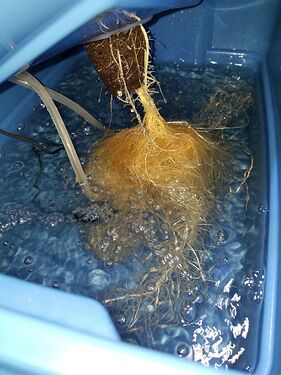 Just topped her today, too: 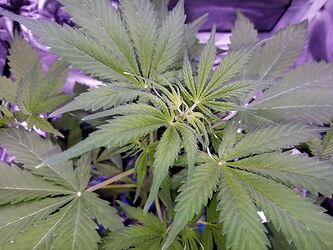 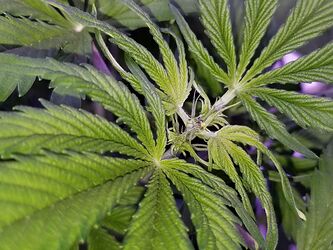 Your grows are beautiful! Thanks for sharing

That stretch from late veg to flower is amazing! She looks incredible. I concur with the extension, those buds need to thicken up!

Are those clones in the tent?

It’s not a clone, it’s an autoflower (Glue Gelato by Barney’s Farm). This one’s usually done in 2.5-3 months so it was a good first test of the tent w/ hydroponics. My parts for automation are in today! 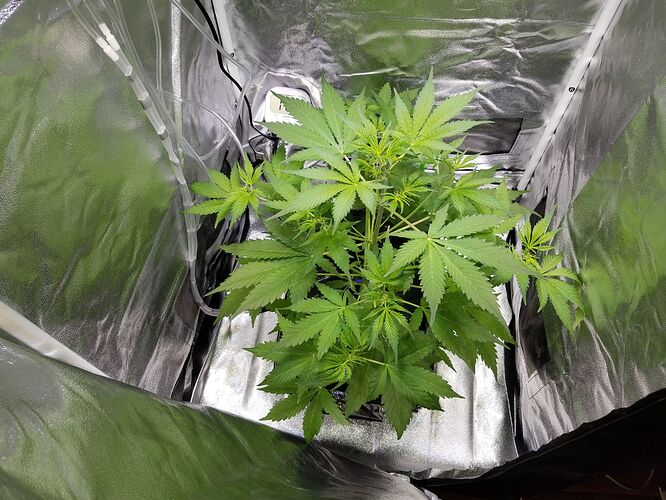 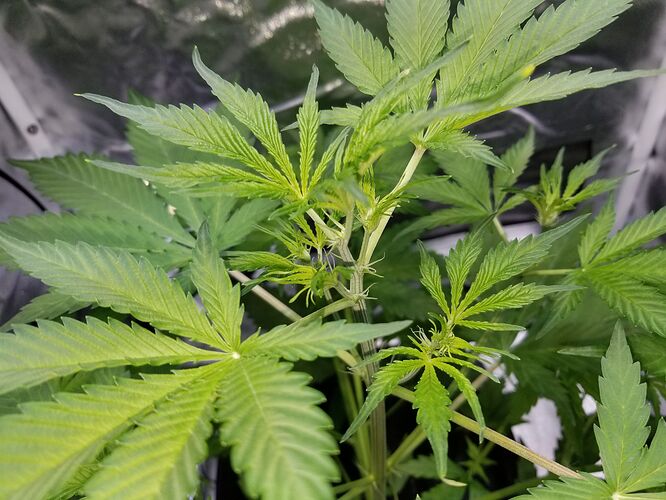 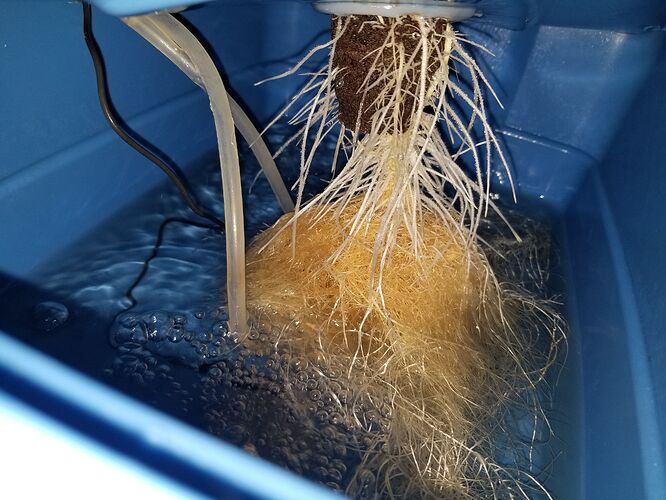 I’ve noticed that bursting effect (on the roots) in past auto grows after certain trims/events. I’m thinking that might be a result from the topping. 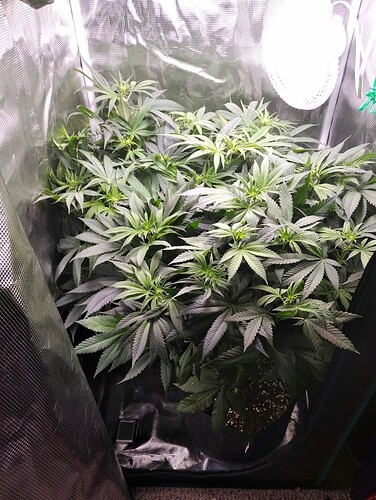 Hey, thanks for sharing this grow. I too bought the error 404 seeds from OCS and have started my first indoor grow with them. Its difficult to find info on growing this strain, so I’ve just been following my heart.

Not sure if the above animated gif will work, but I’m nearing 2.5 weeks into flowering, just before I give them their final haircut. Really enjoying how vigorous and bushy the plant has been growing. In the early stages the nodes were spaced quite tight. However, the stretch has landed me in some trouble with my tent size and having to find creative ways of raising my light. lol. I’ve done some LST, but seriously considering HST super cropping a couple of the taller colas now that stretching is slowing down.

Looking forward to seeing your plants mature as you are a bit ahead of me.