I bought my Grobo in June and had some issues with it but customer service was great. Issues were with the PH sensor, kept making the water too acidic killing my first two plants. Once I got that under control I ran into my second problem, water temperature and underdeveloped root systems. I live in a large condo building on the top floor and my place is always 75 degrees unless I crank the heat. Our AC does not get that cold which has always been a complaint but it never gets too warm.

Here is where my water temperature awareness begins. I did a lot of research and read the postings on this site, which are always very helpful. Many have very expensive water chillers that use a lot of electricity and are really made for larger water reservoirs. The installation also looked intrusive to the grobo itself and I wanted to avoid that as well. I decided to roll the dice on a small thermoelectric chiller that had mixed results from the reviews on Amazon that I read. The biggest issue seemed to be the fact that the instructions are written in Chinese. I don’t speak or read Chinese but figured I would take a stab at it since it’s cost was only $139.

I started by filling a bucket of water with almost 3 gallons of water (more than what is used in grobo resevoir). I connected a small fish tank pump to the cooler using the cheap plastic tubes that came with the pump and cooler. I put the tubes in the water, plugged in the cooler and after making sure the pump was working, walked away. I had to run some errands so told my girlfriend to keep an eye on it in case something leaked. I returned three hours later to find the water that started at 76 degrees was now only 62 degrees. I was blown away that this little box could do that.

Now for integrating my new little system into the Grobo without drilling any holes or anything scary like that. I had to go to the hardware store for a few things and here is where I learned a new annoying angle. I cut a small sample of each of the plastic tubing, one from the pump and one from the cooler which of course are different sizes to make things more fun. The tubing that came with both things was too short for the purpose I had in mind. I ended up finding tubing that was similar to the sizes of my samples but didn’t match up exactly of course… but we can work… I think. I grabbed some different sized connectors to make sure I had ever option so I didn’t have to go back to the store. (Just go back later after I figure out which ones fit best). I wasn’t able to test the size of many of the connectors in the store because they were in plastic bags individually wrapped but I digress. I also bought a bunch of the stainless steel plastic tubing clamps that you adjust with a screwdriver. Don’t make fun of me if I don’t know the correct names of these things.

I then did my happy dance over to where I keep my cannabis seeds. I selected a Gorilla Glue hybrid seed in hopes that I would finally be able to successfully grow a damn plant taller than 5 inches before the lack of a solid root system killed it. Surely this new system would solve my ongoing root issue and I would be on my way to creating a fun game for my neighbors, like “where is that smell coming from…” I’m from MA and it’s legal but there are Karens everywhere. Love hating on the haters. Well my plan almost worked. The thermo cooler comes with a temp probe which is extremely inaccurate and completely useless which almost led to me killing yet another plant. The water got down to 58 degrees, colder than my initial test and I couldn’t get the chiller to turn itself off once the desired temperature of 68 degrees was reached.

While my delicate new seed was doing its germination thing I realized I didn’t need the cooling to actually work until after the little guy sprouted so I ran and ordered a temperature control module from Amazon. It arrived two days later, hooked it up and yes, finally my little system is working. I am writing this because I was a person who didn’t want to use hydroguard and wouldn’t be happy until I had my plug n play system in place. I was also scared of drilling into the grobo or doing anything permanent so this little solution is working amazing so far. I will add some pics and will give an update on the unit to see how it is holding up. It won’t let me add more than one photo because I am a new user but once that changes I will add a few more. 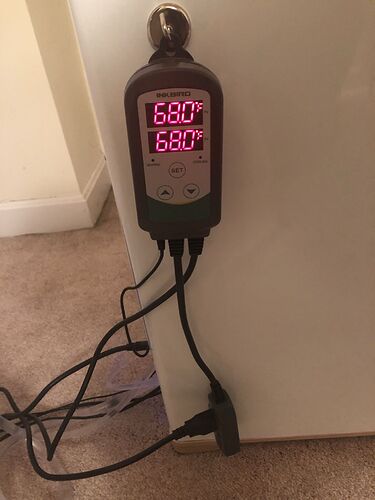 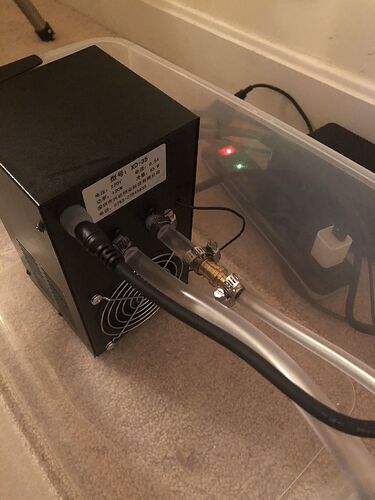 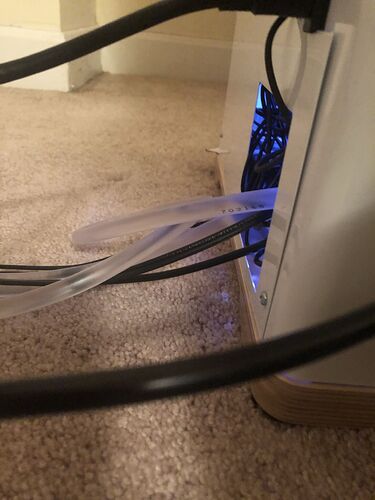 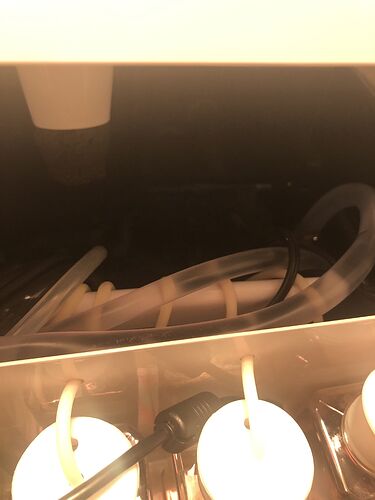