bumped to flush since today was my scheduled drain and fill day … pulled the hoses of the last 3 bottles out of the fluid to make sure just the ph adjustment bottles are added to the water,
will take some more trichomes pics tomorrow not sure how long i’ll leave in flush before harvest…maybe only couple days , for now took some general pics trying to get better more accurate lighting shots… 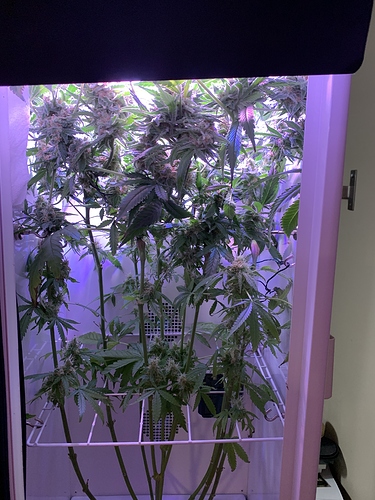 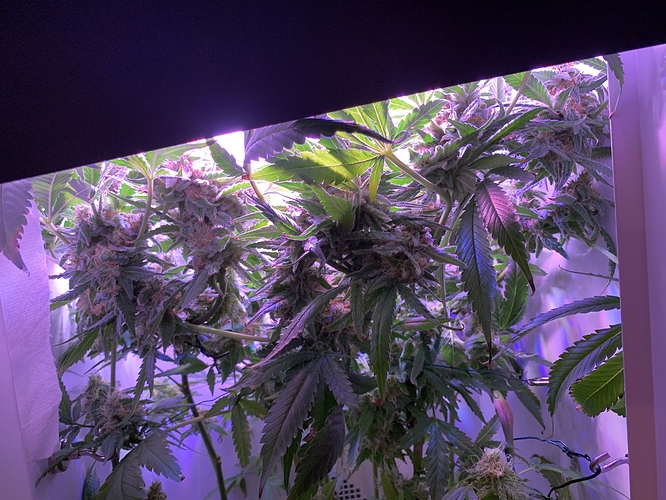 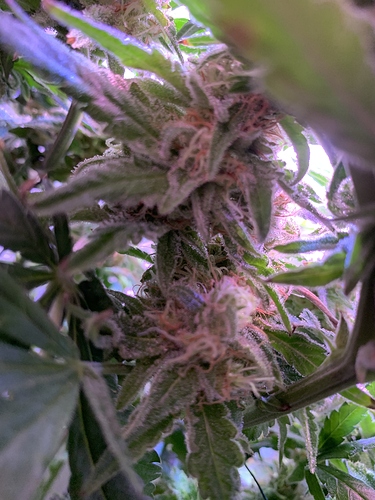 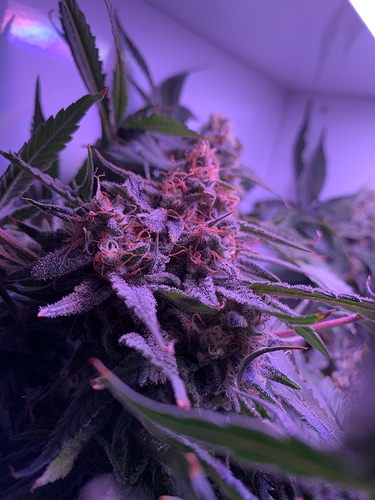 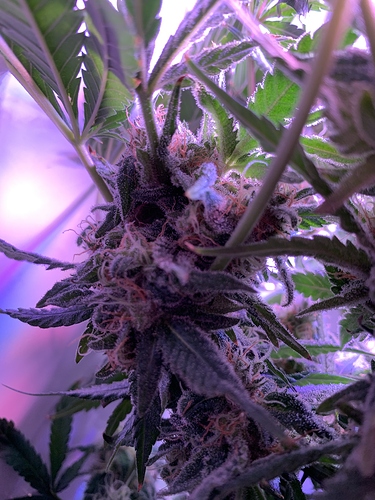 Harvest day this am , top buds we’re getting a lot of amber and the mid ones are pretty milky 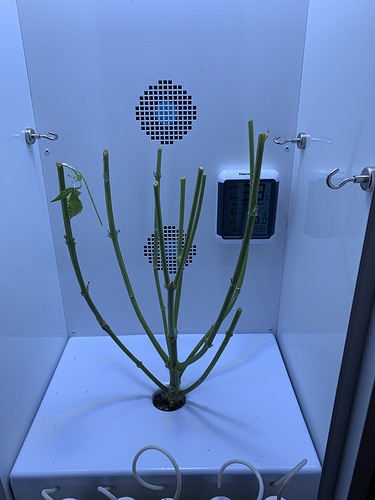 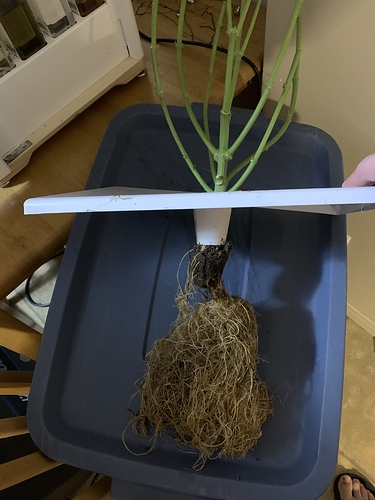 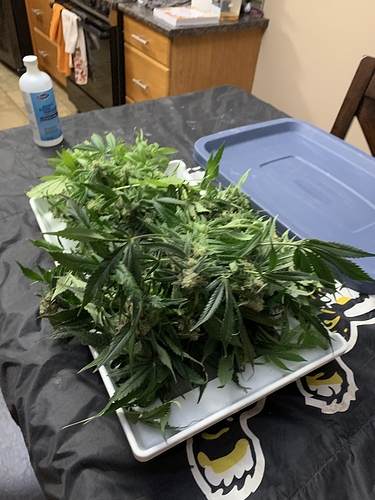 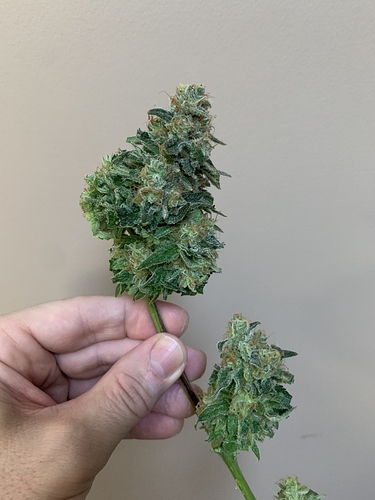 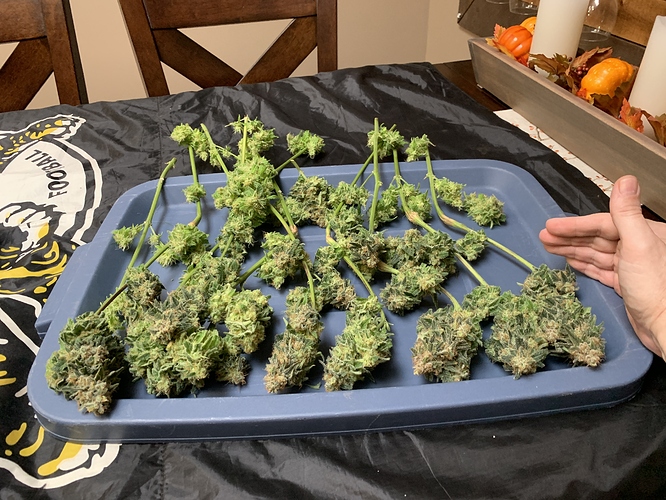 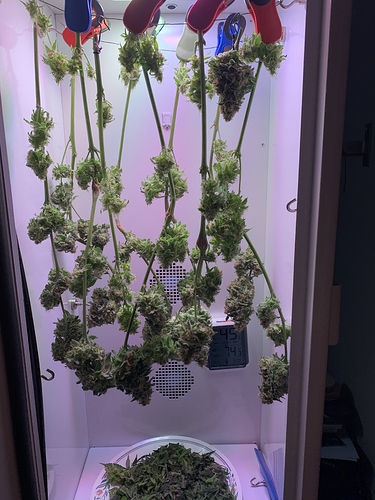 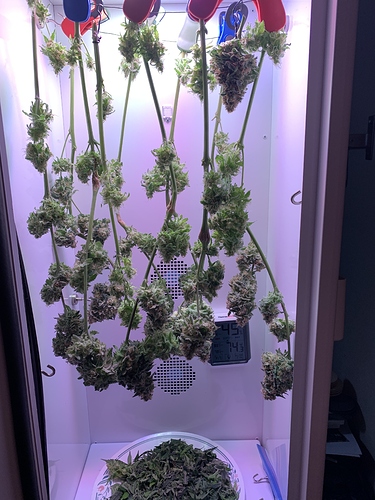 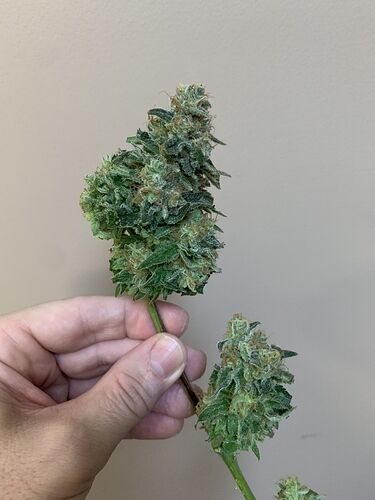 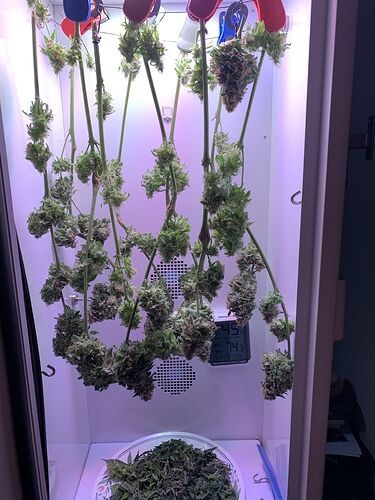 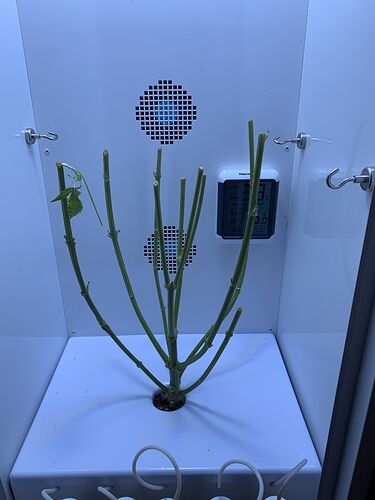 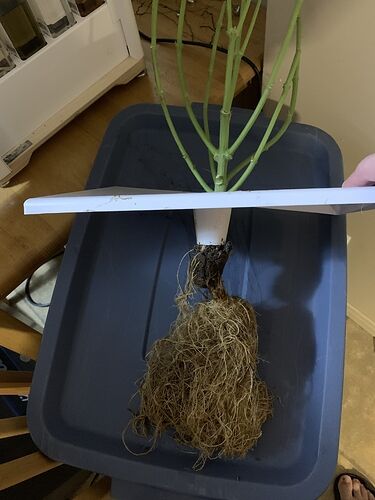 thanks Todd!
its the third… as they say third times the charm

next up I’m gonna try fruit spirit from Royal Queen Seeds its a mix of blueberry and Whitewidow . I’m gonna try and use the Whitewidow recipe for RQS. much like this one used the medical mass but was the critical mass seed

its been a fun year with the grobo , some minor problems worked out but a great overall beginning to this growing journey

Drake​:+1: By the time it’s cured, you will be hanging skeletons and ghouls!!! And by the way partaking your goods​:sunglasses:

Nice. I liked the royal queen i grew , super ton of

after 4.3days of drying… the shrinkage is real

everything is pretty crispy and small branches are cracking vs bending so ready for curing. some nice size buds in this one compared to first two.
All in i have 46grams of bud and 12oz of sweet leaf so just over 2oz total.
Best yield yet and with a little finesse i think this strain could easily grow 2oz of bud( should have topped two sets of branches sooner i ended up trimming off 4 branches that were under developing and still ended up with 9 total) and i should have flipped to flower much sooner( i flipped at top of second fan and i think this strain flipping at bottom of second fan would have left without the need to super crop every branch.)

So grow three is complete and we’re at the amount I had hoped I could achieve without using any 3rd party additives. super excited to start next grow which is Fruit Spirit a Blueberry/White Widow hybrid that’s suppose to be very tasty…

gonna make some pumpkin spice and cream flavored Halloween tombstone gummies with the trim.
Anyone know how long you need to cure trim before using to infuse coconut oil? I’m guessing its really not needed at all but who know 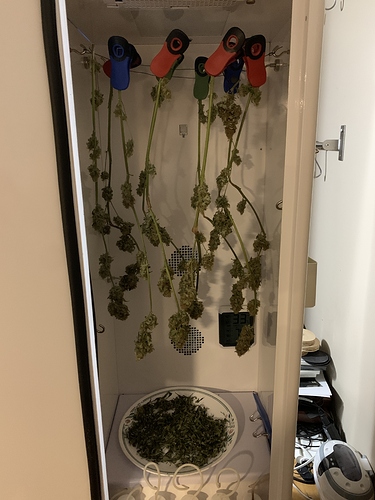 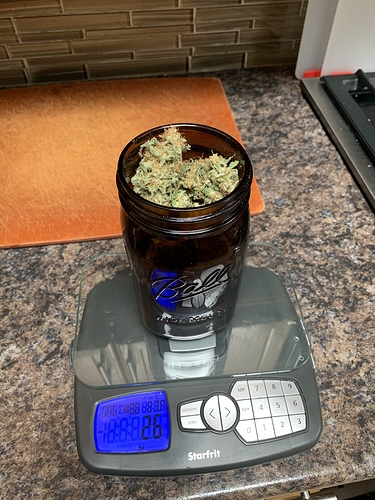 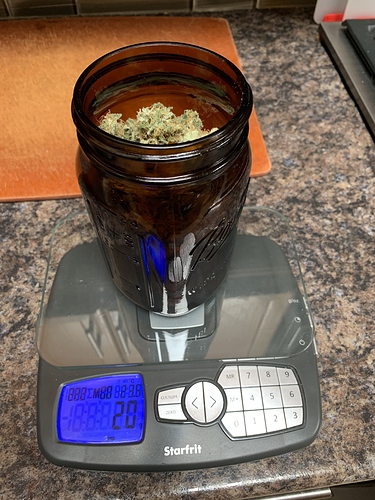 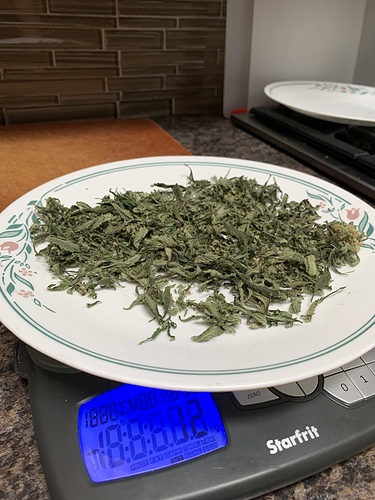 Awesome to see. So happy to hear everyone has it pegged for half a dozen uses too. Good job @Bloodydrake

Congrats on your harvest!

so this has been curing for at least 60 days
just wanted to give a smoke report.

I can say so far this has been the best result so far.
White widow was potent but Im finding its to brain and body stone…its good if you want to waste time without actually doing anything but its abit to stoner.
Critical Mass being a 60% indica I expected more of the same(trying to find my insomnia strain) but effects are initially very euphoric feel good but relaxed no stress and abit on the giggle weed side of things…
Now that might not be typical since this seed seemed to behave more like a Sativa in the growth that might be why.
But overall Im really pleased… I have two seeds left in my RQS indoor Fem mixer pack but so far this ones on the top of the buy more seeds list… I think with a little more training It looks to be a really good producer in the grobo too.